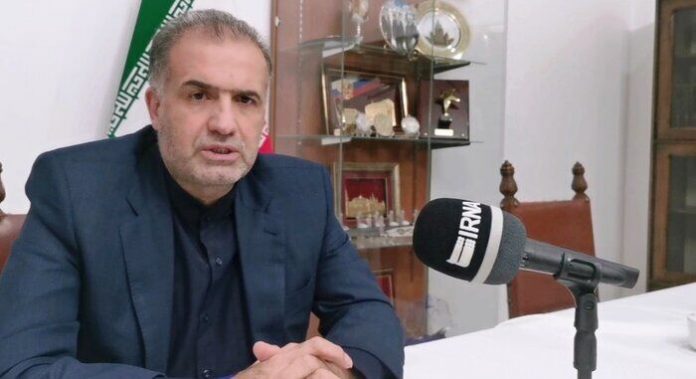 Based on Tehran-Moscow agreement on jointly producing COVID-19 vaccine, the cargo has been dispatched from Russia to Iran, Jalali told IRNA.

By next two weeks, the second cargo and by February 28, the third cargo of Sputnik V will be delivered to Iran, the ambassador said adding that the process will continue every two weeks and every month.

Early on Thursday, spokesman for Civil Aviation Organization of Iran Mohammad-Hassan Zibakhsh said the time of arrival of the cargo will be at 15:50 hours local time.

As Jalali noted, Sputnik V has been registered in 16 countries and its efficacy is 91 percent in trial.

Based on an agreement with The Russian Direct Investment Fund (RDIF), a delegation from Iranian Ministry of Health and Medical Education will depart for Russia to hold final talks on jointly manufacturing the vaccine in Iran, Jalali noted.

As the ambassador said, Tehran’s agreement with Moscow on buying vaccine and having cooperation in producing it is the start of bilateral ties in biotechnology.

Due to its high efficacy, Sputnik V has no serious side effects and can guarantee immunity for two years or more, Jalali said while referring to reports released in reliable medical magazines on the issue.

Up to now, three million people have received Sputnik V in Russia and no report on any side effects reported, he noted.

In late January, spokesman for Food and Drug Administration of Iran Kianoush Jahanpour announced approval of Sputnik vaccines made by Russia.

Sputnik V is the first COVID-19 vaccine which has got permission for use in Iran, Jahanpour wrote on his Twitter page.