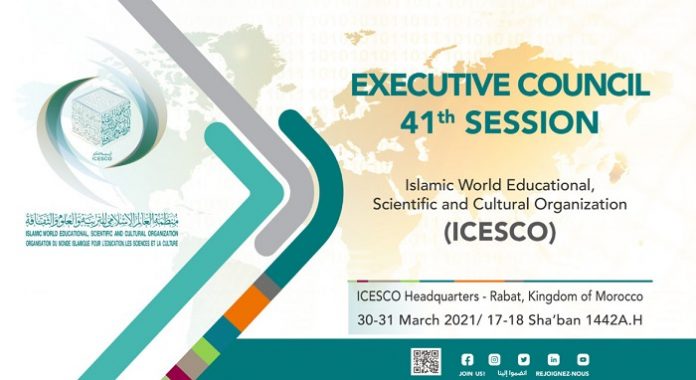 Rabat (UNA-OIC) – The 41st Executive Council of the Islamic World Educational, Scientific and Cultural Organization (ICESCO) will kick off Tuesday, via videoconference platform.

In the session, Member States’ National Commissions will examine several administrative and legal documents that the General Directorate prepared. These documents include the Draft Charter of National Commissions, prepared in consultation with the Member States, and the Report on the Implementation of ICESCO’s Organizational Structure, approved by the 40th Executive Council held in Abu Dhabi at the end of January 2020, as well as relevant development proposals.

The agenda of the session also covers a presentation on the digitalization and updating of the Organization’s working system, a report on the performance and efficiency of ICESCO’s regional offices, delegations and external centers, and development proposals thereon.

At the close of the session, the Council members will discuss the arrangements for the election of the members of the Council’s Bureau and fix the date and venue for the 42nd session.