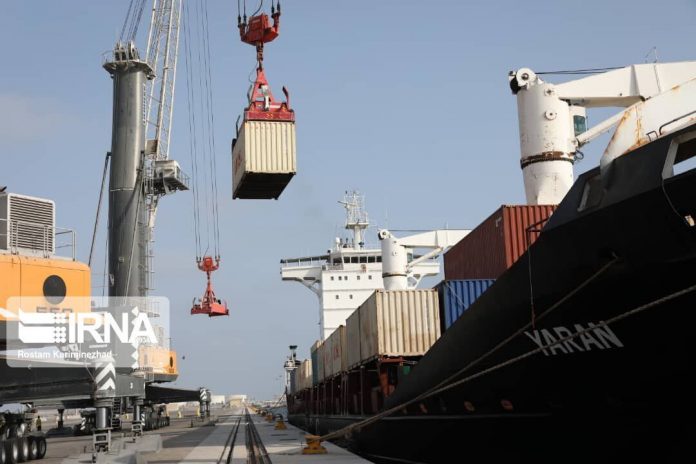 Speaking to IRNA, Director of Sistan and Baluchestan Department of Ports and Maritime Organization Behrouz Aghaei said that the consignment weighs about 8,800 tons.

He added that some 1,700 containers weighing 43,000 tons of India’s donated wheat for Afghanistan have so far arrived in Chabahar Port.

The shipment has been sent to Afghanistan through Milak border in southern part of Sistan and Baluchestan.

India aims to donate some 75,000 tons of wheat to Afghanistan via Iranian port city of Chabahar.

Refereeing to arrival of other humanitarian wheat from India to Afghanistan in the upcoming months of the current year, Aghaei said while world economy is affected by coronavirus, we observe development of exports and imports in Shahid Beheshti port.

“In a strategic development, loading and unloading of cargo have started at Chabahar Port. Container transport logistic costs to CIS countries will be reduced by 20 percent through Chabahar. So far, cargo to CIS countries from India could be sent only via China or Europe,” he added.

“If we want to send containers to CIS countries we can only send via Europe or China. There was no other connectivity with CIS countries. Now, we have developed Chabahar port and there is direct connectivity to these countries via Afghanistan,” the Indian minister noted.

Chabahar, as Iran’s only ocean port, plays an important role in developing trade, exports, and imports and in fishing as well.

Supreme Leader of the Islamic Revolution Ayatollah Seyyed Ali Khamenei’s special attention and the efforts made by President Hassan Rouhani’s government have accelerated development of Makran Coasts, especially Chabahar Port, in a way that five big ships carrying basic goods, including wheat, barley, soybean, and corn berthed in one week.