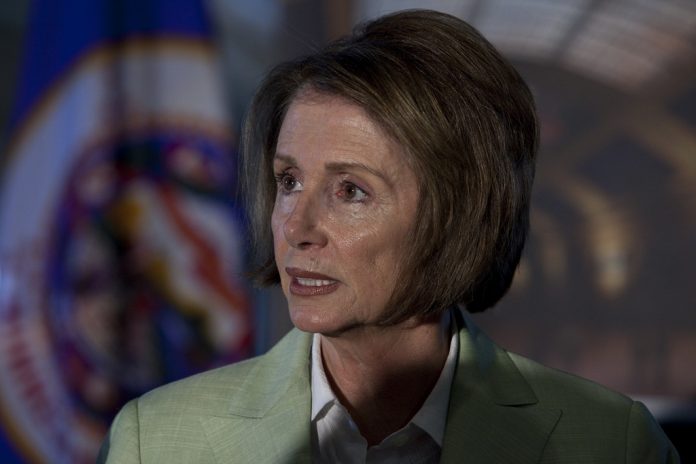 During the week of March 25, 2018, Congresswoman Nancy Pelosi led a delegation of ten house democrats to Israel and Jordan. I sent her the following letter:

I have just learned that you are leading a delegation of Democratic Members of Congress visiting Israel and Jordan this week. I hope I am not too late in writing to you to offer some concerns that I hope will help frame your conversations while you are in the region.

I realize that this year marks the 70th anniversary of Israel’s Independence and that you have already issued a statement congratulating the Israeli people. I ask you to please remember that for Palestinians this date represents the anniversary of the Nakba, the expulsion of 700,000 of their compatriots who have been living in exile hoping to return to their homes and to be reunited with their families and communities. I urge you to be sensitive to this tragedy.

This week, Palestinian citizens of Israel will be marking “Land Day,” commemorating the 40th anniversary of the day on which they rose up in national demonstrations to protest Israel’s confiscation of their lands in an effort to “Judaize the Galilee.” A visit to Nazareth in the heart of Galilee would be appreciated by the 20% of Israel’s population who are Palestinian Arabs.

If you go to Nazareth, I hope you will be able to visit the impressive monument, Hagar’s Tent, in the town center. It was built by the Palestinian citizens of Israel in remembrance of their families and friends living as refugees in exile

Just 25 years ago, I stood with some of you on the White House lawn as we celebrated the Oslo Accords and the hope for an Israeli-Palestinian peace. In 1996, following his election as Prime Minister, Benjamin Netanyahu was invited to address a joint session of Congress. He used his election and that speech to announce his intention to end the Oslo process. The policies he pursued so damaged the chances for peace and so frustrated then-President Clinton that for a period of time the White House refused to meet with him.

I also recall traveling with President Clinton in 1998 when he spoke in Gaza, Jerusalem and Bethlehem, and I recall his deep frustration with the Israeli leader. During this period, settlements expanded and repression increased, as did the violence of Palestinian extremists. Both Israeli and Palestinian hardliners were hell-bent on destroying the chances for peace. Both largely succeeded.

There was some hope that the Taba negotiations that followed the ill-fated Camp David Summit might restart the peace process. But when Ehud Barak lost the 2001 election to Ariel Sharon, once again the hopes for peace were dashed.

What followed were years of unremitting tragic violence in which Israelis and many more Palestinians perished. At the same time, the neglect of the Bush Administration paved the way for even more repressive Israeli policies.

Today, while most American political leaders embrace a two-state solution to the Israeli- Palestinian conflict, it is increasingly difficult to imagine how such a solution could even occur. There are now 700,000 Israeli settlers in the West Bank connected with each other and with Israel, by a network of Jewish-only roads that by design cut the territories into pieces. This deplorable situation is compounded by the Wall which Israel has built largely on Palestinian land, that separates villages from their lands and from each other.

Then there are the Israeli policies of home demolitions, mass arrests without charges, humiliating internal checkpoints, and unrestrained settler violence against Palestinians and their properties.

Given this depressing situation, I would urge you to temper your praise for Israel and recognize that the current governing coalition in Israel has been advancing not only these policies but new legislation that would annex the West Bank, consolidating their hold over the Palestinians, and making the prospects for a peace agreement between Israel and the Palestinians even more unlikely. This status quo is unsustainable and calls on your leadership to make sure what comes next is progress towards peace rather than a slide towards violence.

To that end, there are questions I think would be timely and important to raise with Israeli leaders:

As your trip also coincides with Easter, we would strongly encourage you to visit with political and religious leaders in the Palestinian territories – from Jerusalem to Bethlehem – to hear directly from them about life under occupation and the challenges they face.

For too long, Congress has been more of an obstacle than an ally in the effort to achieve an Israeli-Palestinian peace. Annually, Congress has ignored or even rewarded Israel’s bad behavior, while repeatedly targeting Palestinians with punitive or threatening measures. This visit may provide you with opportunity to change that perception, uphold the values of human and democratic rights, and to help restore needed balance to our country’s approach to the Israeli-Palestinian conflict.

I do hope your trip goes well and I hope that you are able to raise some of these critical issues with the Israelis.