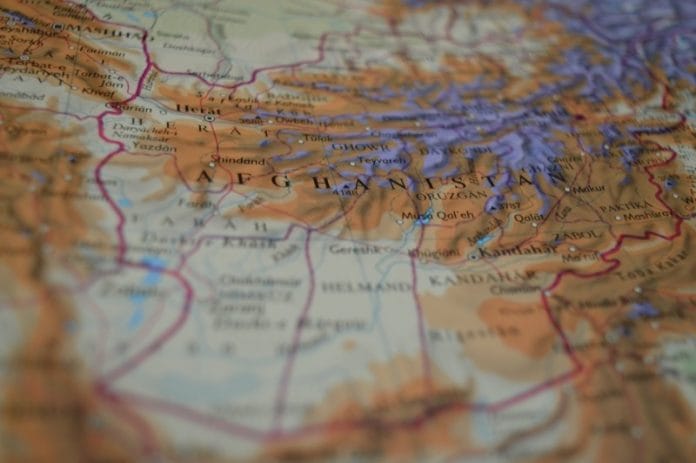 Hillary Clinton, in a just-published piece on the Afghanistan mission [1], offers us nothing helpful or enlightening, only boiler-plate American slogans, the kind of stuff you’d hear from some provincial Congressman giving a Fourth of July speech in a place like Muncie, Indiana.

Indeed, her use of the question-begging word “mission” in the title to describe what has been the pointless conquest and occupation of a people signals the vacuity of the words that follow.

“The violent extremism that threatens the people and governments of Afghanistan and Pakistan also undermines the stability of the wider region and threatens the security of our friends, allies and interests around the world.”

No government in Afghanistan or Pakistan was threatened until the U.S. became involved. Yes, they are poor regions with much backward fundamentalism, but those governments knew how to handle the difficulties of their own affairs before the U.S. bombed and machine-gunned its way in.

No matter what the U.S. does, short of exterminating an entire class of people (for the Taleban is not an invading guerilla force but a substantial portion of the population), the fundamentalism is not going to go away in our lifetimes.

It would take decades of very healthy economic growth to bring these places forward, and so far America’s only contribution has been to kill tens of thousands of people and destroy a great deal of the meager physical assets in these places.

I would remind Ms. Clinton that it was only as recently as the 1930s, and into the 1940s, that families in the American South, likely considering themselves good Christians all, would attend picnics to watch the lynching of some black men. I am not exaggerating: such events were common even in Franklin Roosevelt’s day, and he never spoke out against them, despite prodding from Eleanor, for fear of losing his political support in the South.

Yet that grotesque horror has come to an end. How did it happen? The answer is decades of strong economic growth bringing jobs, wealth, and fresh air to America’s once-fetid South.

How much larger is the problem in a land that lives, to a considerable extent, in the 17th century? Immensely larger.

How is the security of the world threatened by these people? It’s not and never has been. The very fact that NATO countries have made such almost laughably small contributions is the strongest possible evidence that Ms. Clinton is not believed by any of them.

Imagine a genuine world threat in which the many countries of NATO each sent the troop equivalent of the police force of very modest-sized cities?

They have only indeed sent those owing to constant American browbeating, cajoling, and, in some cases, threats: the U.S. colossus can summon a great deal of economic and political force in getting its way.

Which fact brings us to the question of why the U.S. did not use those great non-lethal powers in Afghanistan after 9/11.

It simply demanded the extradition of people without supplying a shred of proof to the Afghan government, the Afghan request being the normal procedure for extradition anywhere.

Then the U.S. invaded while lining up a faÃ§ade of support from the U.N. and NATO, everyone at that time being under both pressure from the U.S. and only naturally feeling sympathy over 9/11 .

What was America’s purpose? No person in the American government today, not Clinton and not even Obama, can give you a lucid and reasonable answer, because the truth was that there was nothing lucid or reasonable about the invasion. The purpose was blinding white-hot rage for revenge.

Once the U.S.got there, beyond its early cheap victory over 17th century people, it did not know what to do, and it still does not know what to do. Its victory consisted of displacing the Taleban with warlords of the Northern Alliance, supported by a level of horrific bombing perhaps not seen since America’s holocaust in Vietnam.

Eight years later, there is no democracy in Afghanistan, elections being pretty much a sham. The burka is still worn by most of the women in Afghanistan: after all, many members of the Northern Alliance are just as backward and vicious as the Taleban. General Dostum, for example, is a certified mass murderer, a man whose ghastly, brutal excesses were winked at by Bush and Rumsfeld, if indeed not quietly encouraged.

I heard an interview recently with the only woman elected to the Afghan legislature – since tossed out by the warlords –” who says that nothing really has changed and, indeed, some things are even worse than they were under the Taleban.

I have heard from other sources that schools for girls are closed almost as soon as they are opened because no money flows to pay salaries and because of the threats from local authorities. The openings of such institutions are often little more than Potemkin village photo-ops. The Bush people used women’s rights as a propaganda tool to gain domestic support for their invasion, and, like all good propaganda, it worked because it was based on truth.

The truth is that Afghanistan is not even a country in the sense that we understand it. It is a remote, impoverished land of about 30 million where tribes live hardscrabble lives with almost no economic progress, steeped in superstitions having the same force they did in 17th century Spain with its Holy Inquisition. Even its border with Pakistan is artificial, never properly defined with the same tribes living on both sides.

You simply cannot change these realities, and certainly not with bombs.

The world is full of awful places. They burn brides in India, force child marriages, and treat young widows who were married to old men in horrible fashion.

The great irony is that the Taleban need never have been an enemy. No Taleban invaded anyone. No Taleban was involved in 9/11. That atrocity was committed by a group largely of Saudis. Importantly, they virtually all held valid American visas and were almost certainly part of secret CIA training program that failed terribly.

By the way, to this day, there is not one shred of valid evidence that Osama bin Laden did anything like the U.S. claims he did. Yes, he was a guest of the Taleban, but then he also was a past CIA operative, something that only enhanced his status for many in the region. Does that mean the CIA is responsible?

The entire Afghanistan invasion and occupation is an unqualified disaster.

One can only hope that Obama intends to use the next year or two to come to a reasonable modus Vivendi with the Taleban and then to withdraw.

[1]. All nations must play a part in Afghanistan mission
by Hillary Clinton, December 4, 2009, The Daily Telegraph (UK)
http://tinyurl.com/yz9xs28

Hanukkah is not hypocrisy

“Preemptive war could risk millions of casualties. But….”

When they shout: "We strongly condemn…"