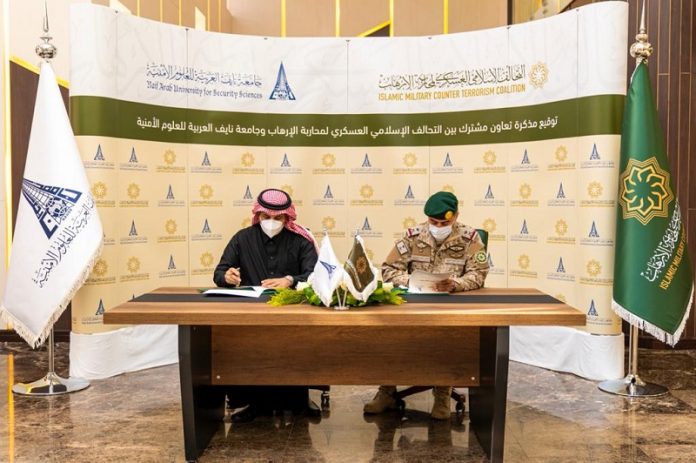 General Al-Mughaidi stressed that the signing of this memorandum is part of the strengthening of the strategic partnership between IMCTC and NAUSS, embodying the local, regional and international role of both parties in the fight against violent extremism and terrorism, and aims to enhance their common vision, according to a statement the Union of OIC News Agencies (UNA) received a copy.

He added that it also aims to increase coordination and cooperation between the two parties, in a scientific, systematic and regular manner, and to consolidate cooperation and integration between them in common areas of research and studies, exchange of visits, in addition to the areas of publication and media training, and anything that could help to combat the scourge of terrorism and violent extremism.

For his part, Dr Al-Bunyan underlined the role played by CIMCT in the fight against terrorism in its various aspects including intellectual, media and military, in addition to the elimination of the source of its funding, noting that this partnership will contribute to serving Arab and Islamic societies and to advocating intellectual and practical awareness.