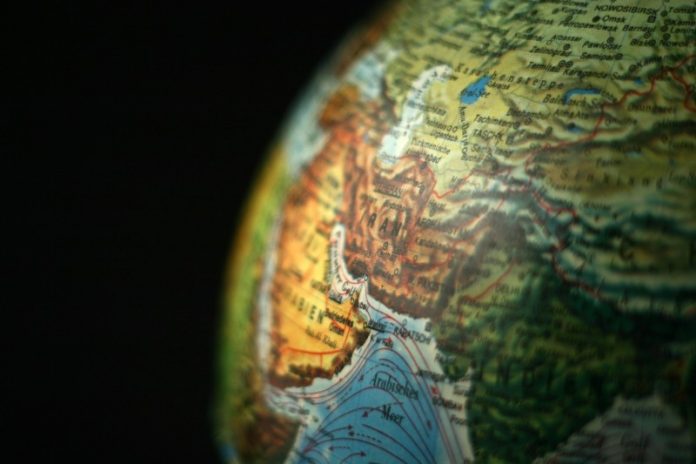 Last week the Middle East Institute released our new book, “The Tumultuous Decade.” It presents the findings of a decade of Zogby Research Services’ (ZRS) polling across the Middle East and North Africa. Because there are often questions asked about how we poll, what we poll about, and the usefulness of the data we gather, I thought it might be useful to discuss these matters with you, my readers.

I dedicated this book to the hundreds of field workers who conducted the interviews and tens of thousands of randomly selected respondents who took the time to answer the questions they were asked. Without them, we couldn’t hear the voices and learn from them.

We have been polling across the Middle East and North Africa for more than two decades in an effort to better understand how the region’s peoples see themselves, their views of other countries, and the impact that the policies pursued by those countries have on their lives. We poll because we believe that the public’s opinions matter and we want them to be heard.

We have been delighted that governments think tanks, media outlets, and business leaders across the region have seen the value of this work and have sought our assistance in measuring their public’s attitudes on a range of important issues and concerns, ranging from: availability of transportation, health care, and public education; satisfaction with government institutions and services; and confidence in religious institutions.

Polling opens a window allowing us to hear what people are saying. What we learn when we listen is important for our understanding of the Middle East and North Africa. We come to understand that just as we know that all Americans are not of one mind when it comes to issues like the death penalty, immigration, or abortion, Arabs, Iranians, and Turks have divergent and sometimes even internally conflicted views on critical issues facing their countries or the region.

All of this should be considered by policymakers and analysts who sometimes pursue policies in the Middle East or comment on regional developments without an understanding of the views of the peoples involved. Examples of misunderstandings abound.

Following the recent reelection of Benjamin Netanyahu, the New York Times carried a long piece saying that with the Netanyahu win, “Palestinians had lost hope” that they would ever realize their dream of an independent state. In reality, our polling has shown that most Palestinians had lost that hope long ago. Then, there’s the oft-repeated claim that Iranians are more favorably inclined toward the United States than some of America’s Arab allies. Both liberal and conservative lawmakers have asserted this, at different times, in order to justify wildly different policy approaches to dealing with the Islamic Republic. Our polling, however, demonstrates that this claim is simply not true. To these, we could add countless other mistaken assumptions or claims that have shaped the views of Western commentators and policymakers, particularly about Egypt or Iraq, that were so mistaken and out of touch with public opinion that they have had disastrous consequences for the countries involved and for the West.

For example, it’s important to note the degree of dissatisfaction Lebanese and Iraqis have in their governments’ performance and their growing frustration with the role Iran is playing in their countries. It is also important to recognize the decline in Egyptians’ confidence in their institutions and their concern that their country is moving in the wrong direction.

In the countries in which we conduct our surveys, we only use face-to-face polling. We hire fieldworkers and train them in the methodology we use to ensure our surveys include a representative sample of opinion reflecting the full range of demographics (e.g., gender, age, education, region, religion) in each country. We also define for our field teams the selection process to be utilized in conducting the interviews. In the end we are able to report on attitudes not only in each country as a whole but also on variations, where they exist, among different demographic groups.

In addition to and inspired by our SBY multi-topic polling, we have also been able to conduct specialized single-topic polling in Egypt, Tunisia, Iran, and Israel/Palestine, as well as surveys on the region’s evolving attitudes toward Iran, the United States and other regional and international players, and the quality of life in their own countries and the role religion plays in their lives.

What emerges from this body of data is a fascinating portrait of a region going through a transformational moment. While the outcome of this tumult is not yet clear, to some extent we can discern the region’s direction from the evolving attitudes of its peoples. An examination of the data reveals their aspirations and their concerns, what they embrace and reject, and the confidence or lack thereof they have in the institutions that shape their lives.

Finally, it is often said that polling provides a “snapshot,” capturing attitudes at a moment in time. At the same time, polling for a decade creates what can be seen as a moving picture that allows us to observe attitudes that are constant as well as those that have changed.