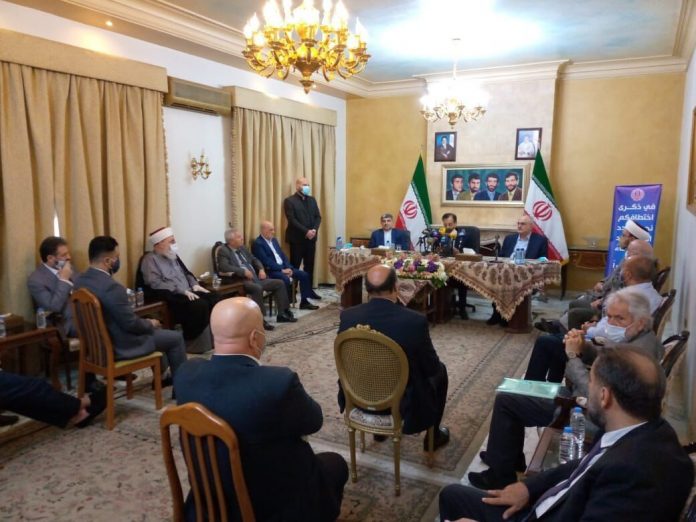 Mohammad Jalal Fiouznia made the remarks late on Friday in a ceremony marking anniversary of the abduction of the diplomats in Lebanon which was attended by representatives of Nabih Berri and foreign minister, as well as a number of MPs and ambassadors residing in Beirut.

Appreciating the Lebanese government for its good interaction with Iran in pursuing the fate of the abductees, he stressed that since Iranian diplomats were abducted in Lebanon, they should have been protected on the basis of international treaties.

“We want the case to be seriously pursued and the kidnappers to be prosecuted,” he reiterated.

According to some reports in 1982, Iranian diplomats were handed over to the Zionist regime’s agents after their abduction, so the legal and political responsibility for this terrorist act, as well as its impacts lies with the Zionist regime, he pointed out.

Iran continues to call on the United Nations and all relevant parties to do their utmost to clarify various dimensions of the issue in order to fulfill their legal and humanitarian obligations, Firouznia said.