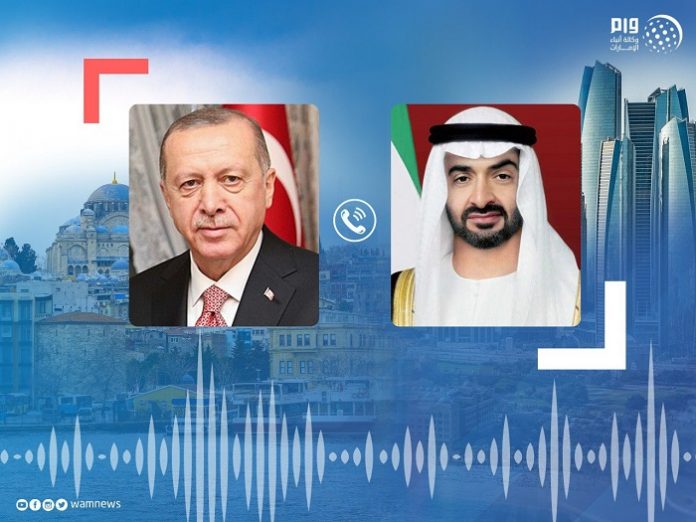 Abu Dhabi (UNA-OIC) – Crown Prince of Abu Dhabi and Deputy Supreme Commander of the UAE Armed Forces Sheikh Mohamed bin Zayed Al Nahyan and Turkish President Recep Tayyip Erdogan reviewed the prospects of reinforcing relations between both nations in a way that serves their common interests and their two peoples.

This came on Monday in a phone call between the two leaders, during which they exchanged views over a number of international and regional issues of mutual interest.