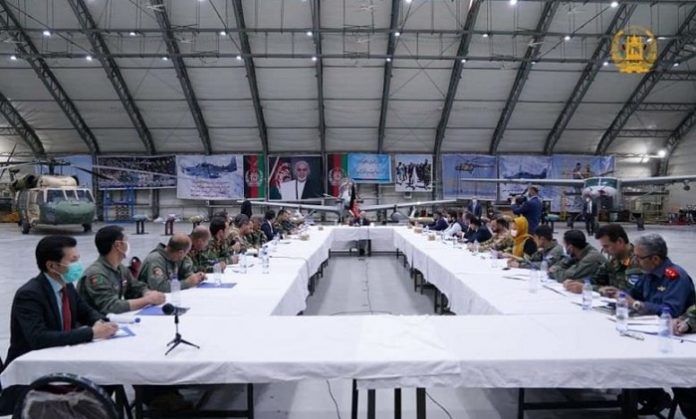 The Commander of the Air Forces and the 777th Airborne Brigade shared their problems and suggestions with President Ghani and discussed the current status of the Air Force, a presidential palace statement said on Saturday.

Referring to the government’s priority in aircraft maintenance and pilot training, First Vice President Amrullah Saleh said more was being done to equip and strengthen the air force.

After listening to their information and suggestions, the President and the Supreme Commander of the Armed Forces thanked the Security and Defense Forces, especially the Air Force, for their efforts. They also said that houses and apartments to be distributed for the heirs of the security and defense forces martyrs, the presidential palace statement added.

Air Force personnel, as quoted in the statement, also assured President Ghani and the people of Afghanistan of their full readiness, saying they have adequate equipment to conduct unblinking operations against enemies.