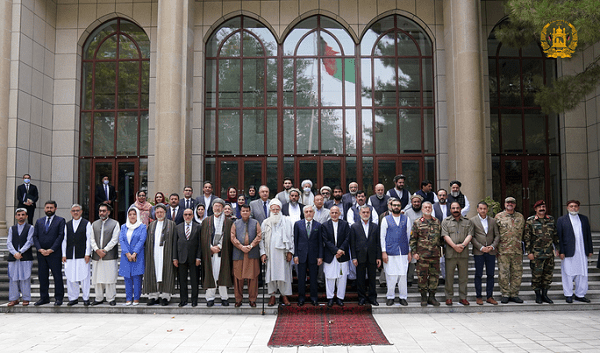 President Ghani said that in this meeting, the participants “unanimously declared their unwavering support for Afghanistan’s sovereignty and territorial integrity.”

“These leaders also declared their full support for Afghan Security and Defense Forces in the presence of the country’s security leadership,” he added.

President Ghani stressed the urgency for peace, pointing out that “all agreed that defending Afghanistan is our fundamental right”.

A statement by the Presidential Palace reads that they agreed on efforts to an end to violence and achieve peace, defend the country, national sovereignty, national institutions, shared values, women’s rights and all other freedoms mentioned in the Constitution.

Saturday’s meeting comes as violence remains high in the country in the last two months while the peace process has made no progress during this time.