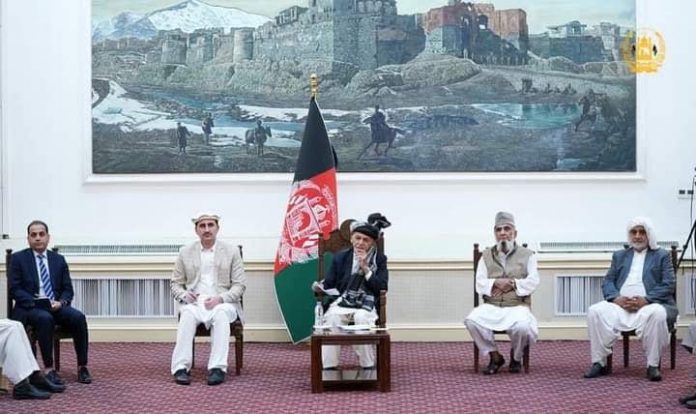 Kabul (UNA-OIC) – President Mohammad Ashraf Ghani in a meeting yesterday with elders, influenced figures and Ulamas of various provinces of the country said continued war and bloodshed were not acceptable in the country.

“We want lasting and fair peace in the country and our goal is an independent, democratic and united Afghanistan,” President Ghani said, adding that the international community should give necessary guarantees for maintaining peace and ending the ongoing war in Afghanistan.

Referring to the country’s constitution as a national bail that would be base for any negotiation, Ghani stated that the current opportunity for peace was unprecedented.

Meanwhile, participants in the meeting, including a number of elders and Ulamas, praised the Afghan president for his attention to the renovation of the country’s historic monuments, construction of infrastructural projects, particularly the construction and completion of the Kamal Khan dam.

They also shared their demands and suggestions in connection with the protection of Afghanistan’s Constitution, maintaining a dignified peace, protection of the past two decade’s values and ending the continued war in the country.