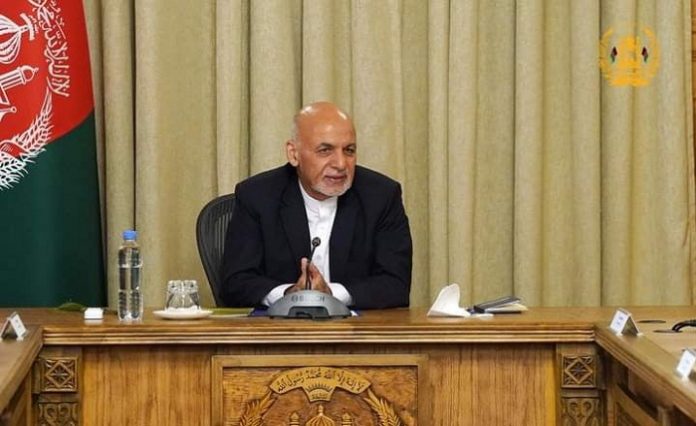 Kabul (UNA-OIC) – Afghan President Ashraf Ghani said on Sunday he had left the country to avoid bloodshed as the Taliban entered the capital Kabul.

In a statement posted to Facebook, Ghani said he had faced a difficult decision, with the fate of millions of Kabul residents and the security of the city at stake after 20 years of war in which countless numbers had already been killed.

“The Taliban have won with the judgment of their swords and guns, and are now responsible for the honor, property and self-preservation of their countrymen,” he said in his first statement since leaving Afghanistan.

According to media reports, the Taliban have taken over the presidential palace in Kabul and claimed victory, hours after President Ghani left the country.

Over 60 countries urged all parties in Afghanistan in a joint statement released early Monday to allow the “safe and orderly departure” of foreign nationals and Afghans from the country amid a rapidly deteriorating security situation.