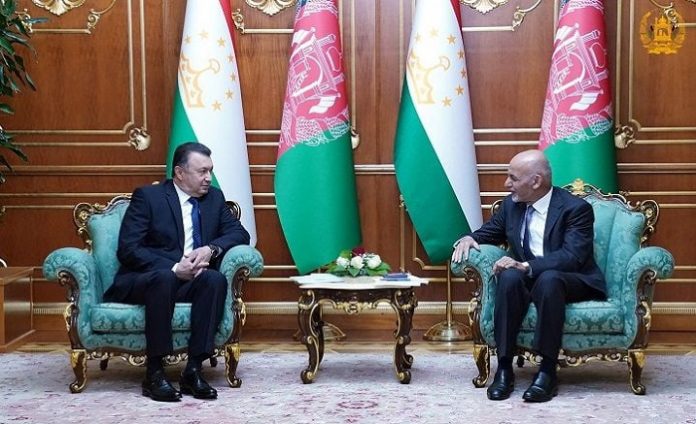 During the meeting, both sides discussed the expansion of relations between the two countries in the fields of security, economy, trade, transit and culture, and strengthen the common vision of Afghanistan and Tajikistan and emphasized the expansion of regional cooperation, according to the Presidential Press Office.

On the same day, President Ghani also met with Parliament Speaker Mohammad Taher Zakerzada, at his residence in Bustan Sarai in Dushanbe, according to another report.

During the meeting, they discussed the expansion of relations between Afghanistan and Tajikistan in various fields, especially the strengthening of parliamentary relations.