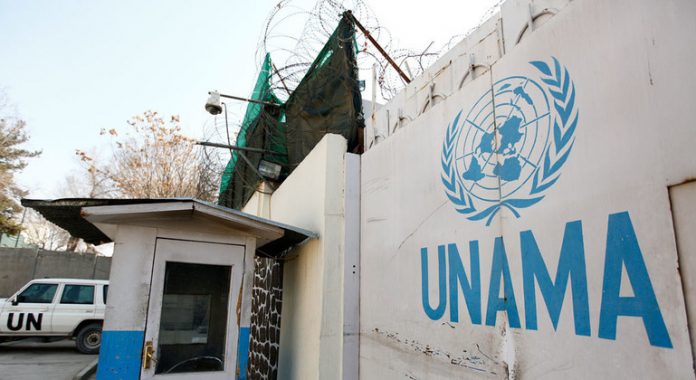 The study documents how health workers were harmed and health facilities damaged in targeted attacks or ongoing fighting between 11 March, when the pandemic was first declared, to 23 May, the start of a three-day ceasefire between the Taliban and the Afghan government.

“At a time when an urgent humanitarian response was required to protect every life in Afghanistan, both the Taliban and Afghan national security forces carried out deliberate acts of violence that undermined healthcare operations,” said Deborah Lyons, the UN Secretary-General’s Special Representative for Afghanistan and head of UNAMA.

“There is no excuse for such actions; the safety and well-being of the civilian population must be a priority.”

Most attacks were deliberate

During the reporting period, the extremist group abducted 23 healthcare workers in seven separate incidents spanning six provinces and regions of the country.

The Taliban also detonated a remote-controlled improvised explosive device in a private pharmacy in Nangahar province on 21 April, injuring eight men, including a teenage boy and a doctor from a nearby hospital.

Afghan national forces were responsible for three targeted attacks, while one instance of incidental harm occurred in the context of clashes between the warring sides.

Meanwhile,  “the most abhorrent attack” –on a maternity ward in a hospital in the capital, Kabul – remains unattributed.  The 12 May assault left at least 24 people dead, according to media reports.

Heed call for a global ceasefire

The UN mission recalled that deliberate acts of violence against healthcare facilities, including hospitals and  personnel, are prohibited under international humanitarian law and constitute war crimes.

“Perpetrating targeted attacks on healthcare during the COVID-19 pandemic, a time when health resources are already stretched and of critical importance to the civilian population, is particularly reprehensible,” said Fiona Frazer, UNAMA Chief of Human Rights.

UNAMA has condemned all attacks against healthcare and called on the parties to the conflict to adhere to the UN Secretary-General’s call for a global ceasefire during the pandemic.

As of Sunday, there were nearly 29,000 cases of COVID-19 in Afghanistan, with 581 deaths, according to data from the World Health Organization (WHO).

The mission said there can be no greater priority at this time than ensuring health services can continue to operate without interference.

ABOUT US
Media Monitors Network (MMN) is a non-profit, non-partial and non-political platform for those serious Media Contributors and Observers who crave to know and like to help to prevail the whole truth about current affairs, any disputed issue or any controversial issue by their voluntary contributions with logic, reason and rationality.
Contact us: [email protected]s.net
FOLLOW US
Copyright © 2000 - MMN International Inc. All rights reserved.
Reproduction in whole or in part without permission is prohibited.
All other brands, logos, and product names are registered
trademarks or service marks of their respective owners.
ResponsiveVoice-NonCommercial licensed under