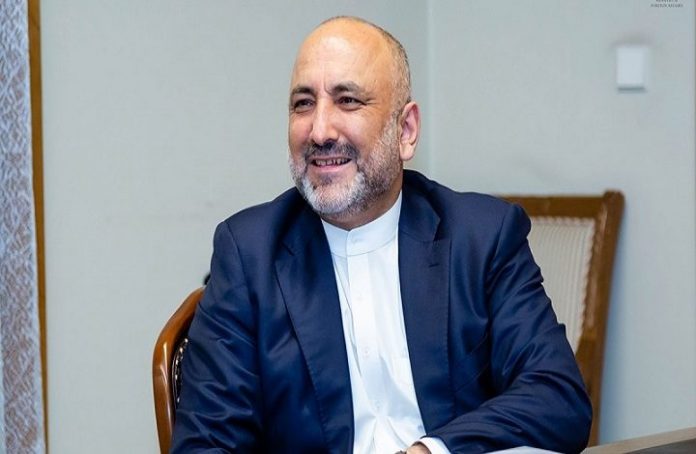 Atmar also praised the EU’s emphasis on preserving Afghanistan’s hard-won gains over the last two decades, the Ministry of Foreign Affairs of Afghanistan (MoFA) said in a statement on Saturday.

The two sides discussed the new chapter of cooperation between Afghanistan and the EU following the withdrawal of foreign forces and the fight against the third wave of the coronavirus.

The foreign minister underlined the importance of continued assistance from the EU to Afghanistan in the fields of security, defense, economy and the joint fight against terrorism.

About the rising violence by the Taliban and the group’s non-compliance with its commitments, Atmar highlighted the government’s vision and roadmap for peace and a political settlement to the conflict.