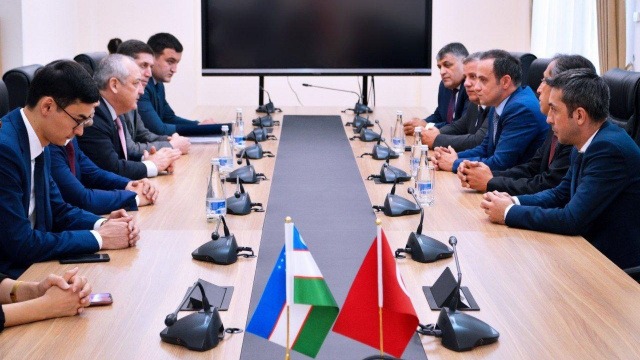 The Ministry of Investments and Foreign Trade of Uzbekistan hosted a meeting with representatives of the Turkish energy company Cengiz Enerji, during which current issues related to the implementation of a project for construction of a thermal power plant with a capacity of 240 MW in Tashkent region were discussed.

The agreement on this project was reached during the visit in July of Uzbekistan Government delegation to Turkey.

Following the meeting, an Investment Agreement between Cengiz Enerji and the Ministry of Investments and Foreign Trade, as well as the Agreement with Uzbekistan National Electricity Networks on power purchase from the Turkish company for a period of 25 years, were signed.