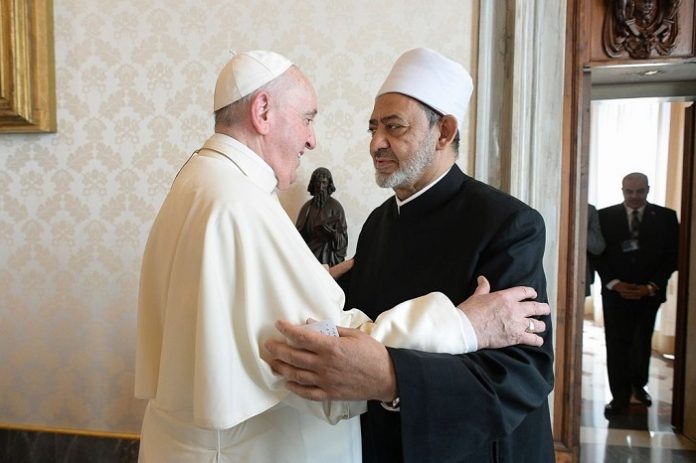 Pope Francis and dozens of religious leaders on Monday signed a joint appeal to governments to commit to ambitious targets at the upcoming UN climate conference, while promising to do their own part to lead their faithful into more sustainable behavior.

“We have inherited a garden; we must not leave a desert to our children,” said the appeal, which was signed at a formal ceremony in the Apostolic Palace before being handed over to the head of the COP26 conference, Alok Sharma.

The joint appeal launched by religious leaders participating in COP26, to be held next month in Glasgow, Scotland, urged those concerned to create effective solutions to save Earth from an “unprecedented ecological crisis,” and to work hard to reinforce the solidarity between developing and developed countries, to reduce the risks posed by climate change and promote common ethical values to address this critical crisis.

In his speech at the event, Dr. El-Tayeb launched an appeal to denounce any activity that negatively affects the environment or worsens climate change while calling on religious leaders to perform their religious duty to address the crisis.