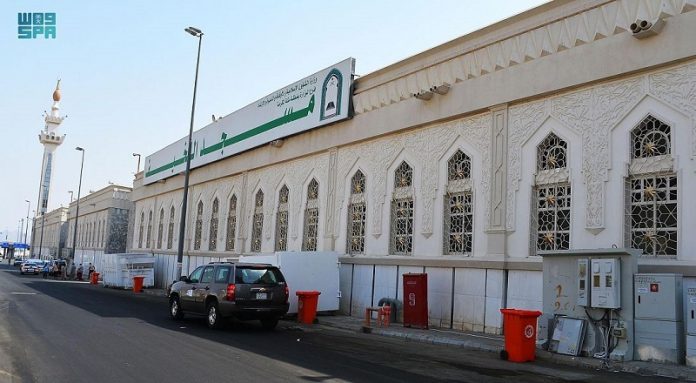 Mina (UNA-OIC) – The holy places in Makkah are hardly devoid of a sacred site that has a historic precedent, among these is Al-Khayf Mosque in Mina.

Al-Khayf Mosque is also known as the Mosque of Prophets because numerous prophets are said to have prayed in this mosque, including Prophet Musa. The mosque gained its importance after Prophet Muhammad (PBUH) delivered the Farewell Pilgrimage Sermon therein.

Al-Khayf Mosque is located in the heart of Mina, at the foot of Al-Dhiba’a mountain in the south of Mina, close to the smallest Jamarat. The mosque is one of great significance in the holy sites, especially during Hajj days.

In 1987, Al-Khayf Mosque was expanded and reconstructed at a cost estimated at SR90 million ($24 million). Four towers were built, 410 air-conditioning units were installed, as well as 1,100 fans. A toilet complex was constructed behind the mosque with more than 1,000 toilets and 3,000 faucets.