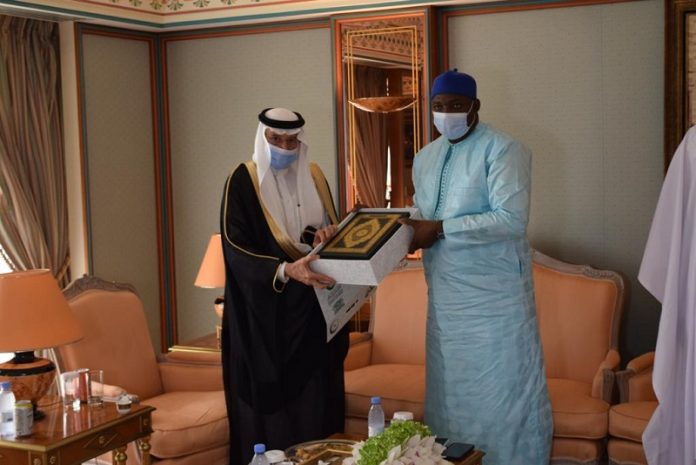 During their meeting, the two parties exchanged views on issues of promoting the role of the OIC and its institutions in bringing peace and security to certain parts of Africa as well as in combating terrorism, extremism, and radicalization.

They also discussed ways and means of enhancing cooperation among OIC member states, and reviewed ongoing preparations by the Gambia to host the upcoming Islamic Summit. In this connection, President Barrow assured Al-Othaimeen of the Gambia’s firm commitment to the ideals of the OIC.

In turn, the Secretary-General affirmed his readiness to intensify cooperation with The Gambia, which is an active country in the OIC, in order to develop joint Islamic action.