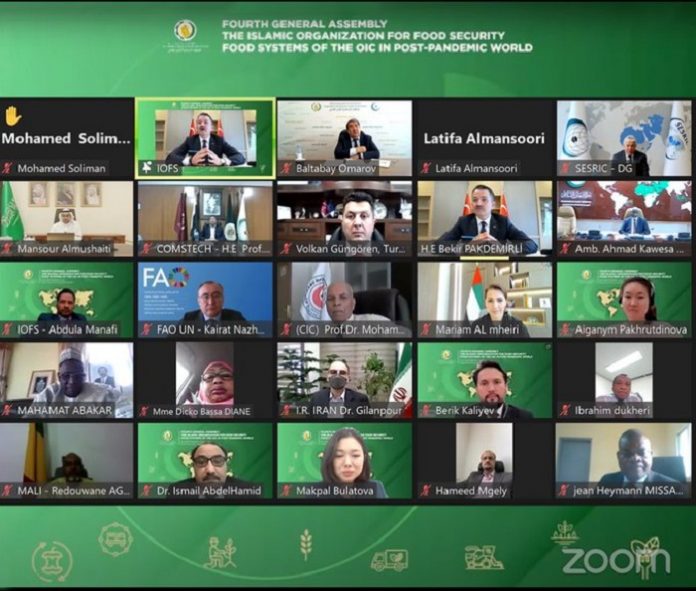 Al-Othaimeen stressed that the OIC Member States can achieve this goal by coming up with more proactive strategies for improving their agricultural productivity and focusing more on the production of key food commodities.

This call is contained in the Secretary-General’s speech before the 4th Session of the General Assembly of Islamic Organization for Food Security (IOFS) held virtually under the chairmanship of the Republic of Kazakhstan on September 8-9.

In the speech, which was read on his behalf by Assistant Secretary-General for Economic Affairs Dr. Ahmad Kawesa Sengendo, Dr. Al-Othaimeen underscored the need to support OIC countries in achieving self-sufficiency in food production through mobilizing Organization’s technical and financial capacities.

The Secretary-General equally urged the session to consider a special program for support of the rural farmers who in most OIC Member States grow the bulk of the food. He added that, in order to increase, food production and storage, rural farmers need basic modern tools, access to microfinance, improved storage facilities and value-addition skills.

The 4th session of the IOFS General Assembly was also addressed by Kazakhstan President Kassym-Jomart Tokayev and it was attended by Ministers of Agriculture and Food Security from OIC Member States.

The Islamic Organization for Food Security was established in 2016 as a specialized institution of the OIC dealing with agriculture, rural development and food security in the OIC member states.