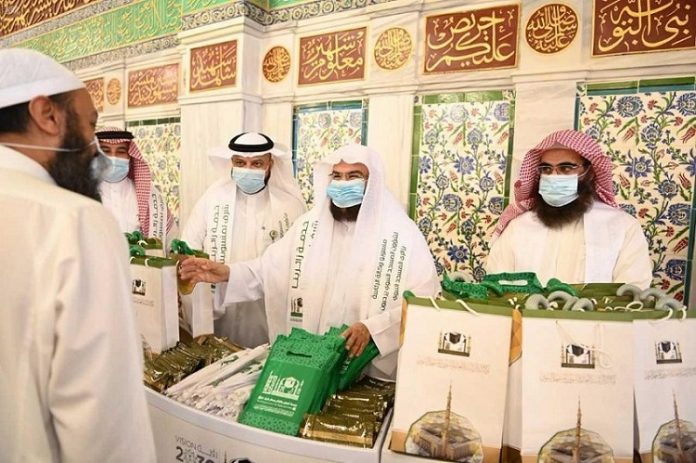 Sheikh Al-Sudais urged all employees to continue their efforts to serve the Prophet’s Mosque and its visitors, to enable them to perform their worship with ease and tranquility, and to ensure compliance with preventive measures that guarantee their safety.

He stressed the necessity of taking into account the requirements of the current circumstances in the goals, initiatives and programs of the campaign, and developing the service system of the Prophet’s Mosque to attain the desired level of distinction in the campaign outcomes, and to achieve what the visitors aspire to while performing their rituals.