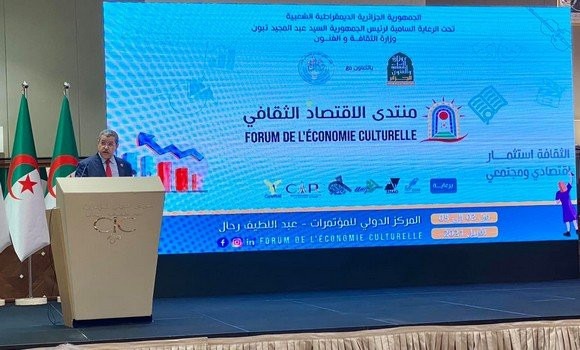 Algiers (UNA-OIC) – Algerian Prime Minister Abdelaziz Djerad on Saturday called for upgrading culture from a consumer sector, a burden on the State budget, towards a sector that creates wealth and jobs.

In his opening address to the Cultural Economy Forum, held at the Abdelatif-Rahal International Conference Center, Djerad urged “the efforts to be combined to develop the culture from “a consumer sector, constituting a burden for the State budget, towards an economic sector that produces wealth and creates jobs. The Culture sector is set to contribute to the rehabilitation of Algeria in the world tourism system.”

The prime minister also emphasized the State’s willingness to support investment, particularly of the private operators in order to build large cultural spaces and “even film production cities”.

Djerad emphasized the need to invest in the close relationship between culture and the development of tourism, through cultural content that enhances heritage, archaeological sites, museums and ancient cities.

The enterprise implies a judicious strategy that guarantees the conditions of success in order to achieve sustainable development, chiefly infrastructure and qualified human resources, the premier stressed.