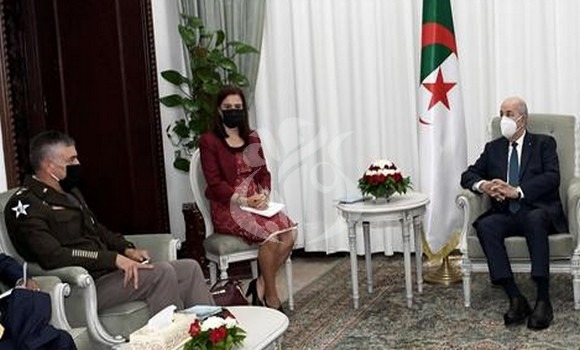 Algiers (UNA-OIC) – Algerian President Abdelmadjid Tebboune received here on Monday General Stephen Townsend, commander of the United States Africa Command (AFRICOM), who is leading an important delegation on a working visit to Algeria, the Presidency of the Republic said in a statement.

During the meeting, the two sides discussed ways and means of promoting cooperative relations in various fields relating to AFRICOM’s activity. They also reviewed regional developments, mainly security in the Sahel, and ways of enhancing the capacity of the countries of the region, especially in the fight against terrorism.