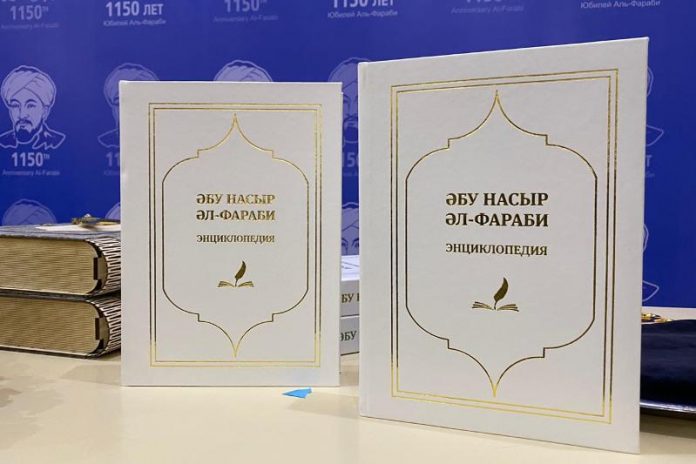 Almaty, (UNA-OIC) – Kazakh Secretary of State Krymbek Kusherbayev has met with researchers and Al-Farabi experts in Almaty city as part of the celebrations of the 1150th anniversary of Al-Farabi, Kazinform reported Friday.

Within the framework of the meeting, a presentation of the first encyclopedia on Al-Farabi in the Kazakh language was held.

“This is a unique encyclopedia in the Kazakh language which is comprised of relevant materials about Al-Farabi,” said Director of Al-Farabi Center Bekzhan Meirbayev, adding that the encyclopedia will be gradually updated and translated in Russian and English.

During the meeting, Secretary Kusherbayev summed up some results of the celebrations of the 1150th anniversary of Al-Farabi and reminded that the anniversary year is held under the aegis of UNESCO at the international level.