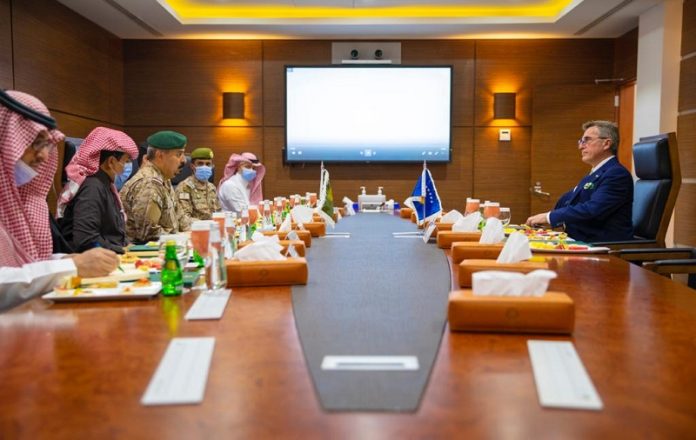 During the visit, the ambassador listened to a detailed explanation of IMCTC’s efforts in fighting military, intellectual, media and financing terrorism. He was also briefed on the role played by the coalition to coordinate and intensify the efforts of the member states.

The two sides also discussed ways to enhance joint cooperation between the coalition and the Republic of Kosovo.

Al-Moghedi stated that IMCTC represents an important system that seeks to strengthen military cooperation among member states. He added that the coalition is founded on the values of legitimacy, independence, coordination and participation.

“The coalition strives to ensure that all actions and efforts of the member countries in combating terrorism are compatible with international regulations, norms and laws,” the IMCTC chief said.

It worth noting that IMCTC comprises 41 member countries working together to coordinate and intensify their efforts in the global war on violent extremism and terrorism and joining other international endeavors to preserve international peace and security.