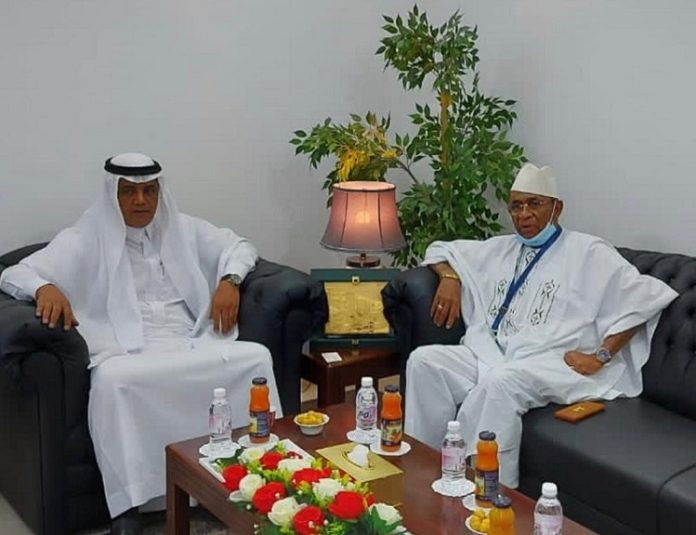 Jeddah (UNA) – Ambassador of the Gambia to Saudi Arabia Omar Jibril Sallah on Thursday visited the Union of OIC News Agencies (UNA), where he was received by Acting Director-General of the Union Mohammed Abd Rabbo Al-Yami.

The meeting reviewed the stages that the Union has gone through regarding covering the news of the OIC Member States and the cultural relations between them, as well as the issues of the Islamic world.

The meeting also reviewed the role of UNA in providing strategic media consultancy to member states through representatives of official national news agencies, in addition to the Union’s plan to hold a series of training sessions for the media professionals in the coming period.