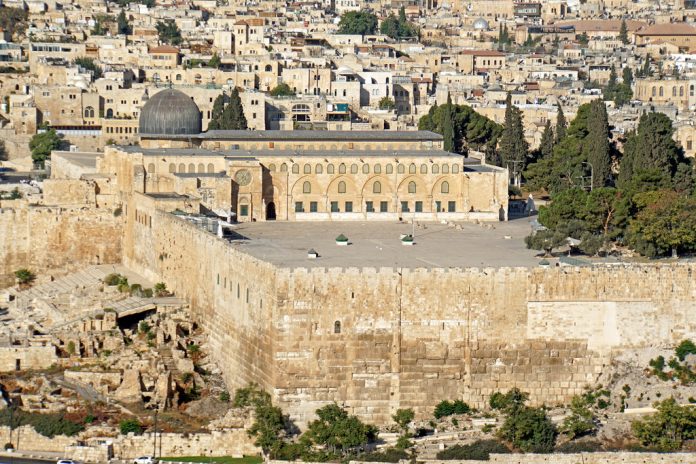 Across the globe, voices of reason are loud and clear that on peacemaking and the issues of Jerusalem, America and Israeli both have lost the opportunities for peacemaking process and the establishment of an independent State of Palestine to balance the disequilibrium in which the State of Israel currently exists. It is becoming more obvious that by challenging the voices of reason and denial to the rights of the Palestinian people for statehood and changing the status-quo of Jerusalem, both America and Israel could enjoin a terrible sense of helplessness and isolation and nothing could save them from the consequences of their own triviality, ignorance and indifference toward the standing of the global community.

Towards Understanding the Current Issues

Discard cynicism and wickedness but be conscious that some contemporary politicians and monsters of history are often the two sides of the same picture enriched with perversion and treacherous escape from the facts of the 21st-century knowledge-based global affairs. Apparently, American political intransigence has lost the strategic direction and rational sense of justice and humanity in honoring its peacemaking commitments to the Arab Middle East. Under President Trump, the American masses are experiencing immense incoherent policies and practices which defy knowledge, truth, and history. American freedom movement and its Constitution were based on human rights, justice and aspirations for global harmony and peace. Yet, Donald Trump announcement to recognize Jerusalem as the capital of the State of Israel negates the enshrined values and democratic virtues of the American history. The policy decision unravels an extremely one-sided view on a sensitive political issue that involves both Palestinians and Israelis to be equal parties in finding a peaceful solution.

Jerusalem is sacred to Jews, Christians and Muslims alike and it cannot be a unilateral property of Israel. If the Israeli leaders wanted to repel the proximity of evil as The Holy Torah teaches, they should be careful not to flout the message of God on earth or mock the historical reality about Jerusalem. Facts speak on their own: West Jerusalem is populated by Jews, East Jerusalem is overwhelmingly Palestinian with Al-Aqsa Holy Compound and was occupied by Israel in 1967, and across Palestine, more than 200,000 Christians reside who have equal entitlement to Jerusalem.

President Trump apparently defies his own declared stance of supporting a peace process between the Israelis and Palestinians just a few months earlier while visiting Saudi Arabia and Israel. Was it a fraudulent gesture to appease the besieged mentality of the Arab leaders that America is their friend?

The irrational statement on Jerusalem has engulfed the world with a new face of hostility and distortion in the shape of Donald Trump and his administration – an insidious crisis in the making to divert attention away from the core problem of peacemaking between Israel and Palestine. Trump’s election overtures were often premature, self-contradictory and questioned by the people of reason. It was not an abstract issue that President Trump could conveniently dump the truth and history of his individualistic political gains to appease the Israeli lobbyist’s overwhelming control and influence of American socio-political minds. With considerable certainty, it endangers the futuristic American role of an honest broker in dealing with the PLO or the larger Arab–Muslim world. Reviewing the global reactions more so coming from Western Europe and elsewhere, the US approach is unrealistic and imbalanced causing more confusion and uncertainty and bloodbath in the Middle East. There is no place for individualistic complacency and political expediency when it comes to issues of human rights, peace and justice for all. Do some American leaders practice favorite perversion to proclaim political aims simply to satisfy the egoism?

Failure of the Contemporary Arab Leaders

Do the Arab leaders have any sense of rational thinking and accountability to cope with the issue of Jerusalem and its future as an immense importance to the Muslim world and the global community? The masses in occupied Palestine proclaimed “Day of Rage” and public demonstrations called for reasoned stance and stamped the Trump declaration as null and void on Jerusalem. The Arab League and OIC – both paper-based fake organizations will issue statements which make no sense and nobody cares about what they think or do in the real world. But other known Arab leaders made no presence in the world political arena on this issue of historic magnanimity. Why? Either they lack moral and intellectual courage and sensitivity to react or more they act like dummies as if nothing has happened on the ground. Some of the Arab authoritarian rulers maintain backdoor relationships with Israel or others have diplomatic ties to get American aid for their own survival. What if the Arab world had educated and intelligent people of persuasive communication, moral and intellectual capacity to visit various global centers of politics and contribute logical viewpoints on Jerusalem and peace between Israel and Palestine? From its social, economic and political fabric, Israelis send educated agents to various parts of the globe to share their version of peace and future-making in the Middle East. The Arab world is psychologically and morally divided and dysfunctional after the 2011 Arab Spring Public Revolution. The ongoing wars in Syria, Iraq and Yemen have further demoralized and dehumanized the whole of the Arab region.

The widening gulfs between palaces of the rulers and the people unfold unbridgeable conflicting time zones and frightening trends of disunity, insane human practices and disregard toward the focal issue of freedom of Palestine. If the current Arab leaders were smart and rational, they could have used the force of unity and focused the mind to reason with the Israeli leaders. Arabs and Jews have co-existed in peace for centuries. Historically, Arabs were known to possess moral and intellectual vision and values for change and future-making, but not so in the 21st century, they are lost and indulged in individualistic allusions, political contrasts and collective degeneration by subscribing to warmongering and petro-dollar superficial economic prosperity leading to intellectual and political decadence.

How to Change the Moral and Intellectual Decadence?

Public outrage, demonstrations, burning of flags and irrational slogan shouting do not change the political mindset of Israeli leaders or Trump in particular. These actions represent temporary emotional outbursts, helplessness and failure of rational thinking. What if all the Arab leaders were united in thinking and intellectual behavior and called upon Donald Trump for a face-to-face meeting? Imagine such a courageous and moral standing would have led to some rational outcomes. Recall, earlier, Netanyahu went to address the US joint Houses of Congress against the wishes of President Obama. What logic was engrained for Saudi Arabia to sign 350 billion worth of agreements during the Trump visit if they cannot communicate with him? It would have indicated that Arab leaders are alive and possess a sensitive consciousness, not dead-ended entities. Ironically, the other four permanent members of the UN Security Council have asked the American leadership to provide the detailed peace plan if they claim peace is the essence of its policy on Jerusalem.

The contemporary global affairs warrant intelligent and competent leadership, not crown princes, kings or military dictators. Leaders manage the crisis when facts of life warrant change and adaptability to the future. Often crisis unite people of reason but not the Arab rulers. Notwithstanding the requisites of reason and honesty, many Arab rulers are collaborating with the US warmongering across the Middle East. There are no Arab public institutions of thinking, no armies and no leaders to lead. One wonders, why the earth never felt any weight of the contemporary Arab leaders. Is the Arab world coming to its own end because of the authoritarian rulers?

While Islam professed and emphasized “shura” – public consultation and consensus on major public discourse, the Arab leaders flouted moral and intellectual advice from the learned scholars and educated people. There are no public institutions to analyze or discuss the emerging political and military crises. Centuries earlier, in traditional Arab culture, priests, thinkers, community elders, poets and scholars used to initiate a participatory dialogue to resolve societal conflicts and advise the rulers/kings with reasoned counseling. Not so, across the bloody centers of humanitarian catastrophes at Aleppo, Baghdad, Fallujah, Damascus, Sana and elsewhere, Arab wisdom and new creative initiatives are missing as if they breathe in a dead-ended corner of the moral and intellectual abyss.

If there were any Arabian moral, spiritual and intellectual powerhouses as were the traditional “Deewan” – community centers for interactive societal communication and problem-solving, they should have taken initiatives to find peaceful ways and means to peace between Israel and Palestine, to end the sectarian warfare, deliberate bombing and massacres of the innocent civilians, and the usage of chemical weapons against the innocent civilians. The history speaks loud and clear that few powerful rulers with individualistic absolutism have always driven the mankind to large-scale slaughters, victimization, deprivation and long-term scars of why and how it happened, it never goes away from the human memory and written pages of human history. “In our civilized world” wrote Paul Buchheit (“War or Revolution Every 75 Years. It’s Time Again.” Common Dreams):

“…people aren’t being run down by noblemen or forced to eat grass. The aristocracy has learned a lot about suppressing crowds in 225 years. But they need to fear the growing revolution. They need to fear, as Dickens put it, “the remorseless sea of turbulently swaying shapes, voices of vengeance, and faces hardened in the furnaces of suffering until the touch of pity could make no mark on them.”