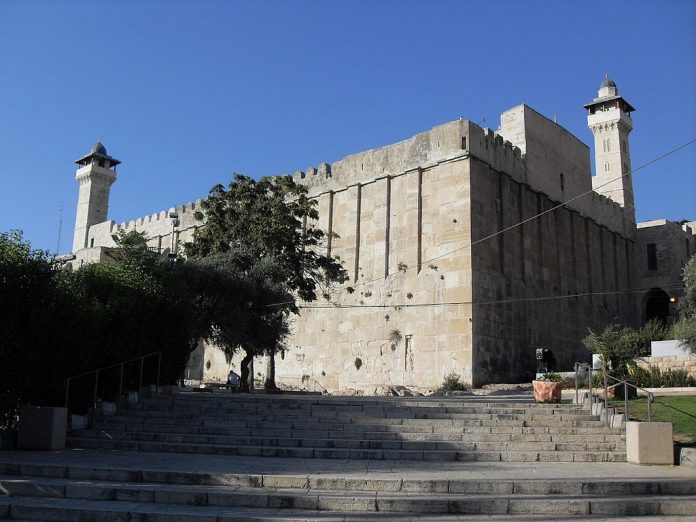 Last week Israel announced that the heart of Hebron would henceforth be a separate municipality directly governed by Israel’s Civil Administration. There are about 700 extremist Israeli settlers currently living in a few compounds in the center of the city protected by the Israeli military. While this disruptive and provocative presence has been ongoing for more than two decades, the decision to formally sever Hebron into two cities was profoundly unsettling, though not entirely unexpected.

Twenty-two years ago, I wrote down my observations of what was happening in Hebron—in an effort to convey how Israeli policies were cruelly impacting daily life. At the time, I was one of the leaders of a project launched by Vice President Gore working to support the “peace process” by growing the Palestinian economy.

The year was 1995. The glow of Oslo had not yet gone out, but it was dimming.

I visited Hebron last week [June 5, 1995] and left profoundly disturbed by what I saw. Daily life there is far removed from the peace process. Palestinians in that city are forced to endure debilitating economic pressures and harsh repressive military control.

More than one year after the massacre at the Al-Ibrahim mosque, the nearly 300,000 residents of the Hebron district are still suffering from the consequences of that horrific act. Baruch Goldstein [the Jewish terrorist who committed the massacre] is being celebrated as a hero [his grave in the nearby settlement of Kiryat Arba has become a pilgrimage site] and the Israeli military is providing extensive security for the extremist settlers who live in the heart of Hebron and in large settlements that border the city.

In order to protect the 300 Jewish settlers who have illegally seized three large buildings in various parts of the center of town, the Israeli military has deployed over 1,000 heavily-armed soldiers. They have closed off major streets including large sections of Hebron’s souq [the central market]. As a result, Arabs may no longer drive through Hebron. Instead, they must travel all the way around the perimeter of the city.

One dozen newly constructed metal gates provide the Israeli military with the ability to shut down the entire city center, at will. The scene in this once bustling souq area of Hebron is simultaneously frightening and depressing. Where thousands of Palestinians once strolled and shopped, there are now empty streets, many closed shops (some remain almost defiantly open, but no one comes to buy anything). Few Arabs can be seen, only the children of Jewish settlers playing in the street or harassing those Arabs who still work in the center of their city, and Israeli soldiers and civilian settlers.

Hebrew graffiti abounds on the walls of Arab shops: stars of David, and Hebrew slogans reading “Death to the Arabs” and “Goldstein is our Hero.” The settlers’ children have free reign to play, to harass, and to deface Arab properties.

The stress that this environment places on Hebron, a city of over 120,000 people, is obvious. It is equally disruptive to the well-being of the additional 150,000 Palestinians who live in the neighboring towns and villages.

To protect the settlers traveling from the nearby settlement of Kiryat Arba, the Israeli military has established numerous checkpoints and closed side roads. The situation is absurd. Residents from two Palestinian villages with combined populations of 30,000 can no longer drive the short distance into Hebron to shop and visit relatives and friends. The road they would have taken has been cut by military blockades at two points, roughly 50 meters apart. Arabs driving from the villages must park on one side, walk to the next barricade where they can take a taxi into Hebron. On their return, they must reverse this same process.

The checkpoints are even more disturbing. On a virtually deserted road, a row of Arab cars wait at a checkpoint while young Israeli soldiers sit under an umbrella ignoring them. The drivers bake in the sun for 10 minutes or more as the Israeli’s decide, on a whim, to let one pass and then, many minutes later, to let another pass. Holding them and letting them pass – for no reason other to demonstrate that they are in control.

Violence is a part of everyday life in Hebron. While shootings of Palestinians were a frequent occurrence, an Israeli human rights organization recently reported that the Israeli military has apparently changed tactics and now uses random beatings to make their point. The report documents hundreds of beatings per month. The reasons given by the soldiers for the beatings range from punishment for illegal parking to “just having fun.”

There are other examples of the violence visited upon Hebron. One night, a month ago, while the city was in the midst of a six-week long curfew, the Israeli military massacred over 100 of the city’s dogs. The action was a brutal and shocking reminder to the Palestinians of Hebron just how vulnerable and precarious their situation is.

When I first arrived in the city, I attempted to enter the building housing the offices of Hebron University for an appointment with the President. I was stopped by three Israeli soldiers who yelled at me from the building’s roof: “Get away! Why are you here?” They had just commandeered the building to use as an observation point. When I told them my business, a very agitated young soldier pointed his gun at me and shouted for me to go away. He demanded “Don’t look up at me. Just go away.” I might have been foolish, but I decided to ignore him and continued on into the building.

This hostility and repression is tragically part the daily life for the Palestinian residents of the city and district of Hebron.

The picture in the nearby settlement of Kiryat Arba is a completely different. It looks like a strangely peaceful suburban town, showing no external evidence of the fact that it is the base of the most militantly fanatic settler leadership. Even the memorial to Baruch Goldstein, who lived in the settlement, appears to outsiders to be more innocent than it is.

Settlers rioting, empty Arab shops, police beating Palestinians, the closure of the city and the destruction of its economy, the daily harassment and pressure: this is the daily life of Hebron during this time of peace.

That was a picture of life in Hebron 22 years ago. Since then the situation has only become more oppressive. The Al Ibrahim Mosque has been taken over by the Israeli military and crudely defaced and divided—with the largest portion given over to Jewish settlers to pray, while Palestinians must go through humiliating security procedures to enter. A few more buildings in the heart of the city have been taken over by settlers with armed protection by the Israeli military. And because they operate with a sense of impunity, settler provocations against the Palestinian population have intensified.

In the Hebron Protocol of 1997, the Palestinian Authority was forced to cede control of 20% of the city to the Israeli military—an area that included a few hundred Israeli settlers and over 30,000 Palestinians. The recent decision to create a separate municipality for the settler population within this 20% now formalizes this division. It also includes a provision allowing settlers to seize vacant properties owned by Palestinians who left to escape the harassment they suffered at the hands of settlers and soldiers. The Israeli intention appears to be to connect this wedge they have cut through the heart of Hebron with Kiryat Arba on the outskirts of town. This has been the goal of this decades-long atrocity and serves as a clear indication that the Israelis have no intention of leaving this apartheid regime they have created in Hebron.