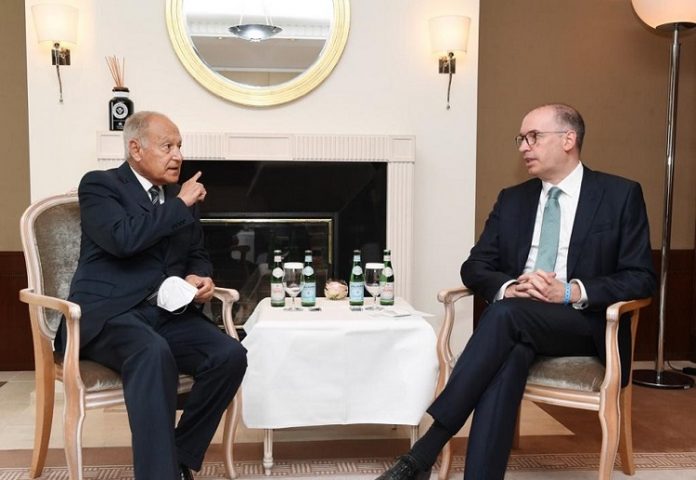 The meeting dealt with a number of important Middle Eastern issues, especially the Palestinian cause, with Aboul Gheit stressing the danger of reliance on temporary calm between the Palestinians and Israelis, and calling for focusing efforts on reconstruction as the only way to calm. He added that without a serious and credible peace process that enjoys the support of the international community, the situation could again explode shortly in Palestine.

The Arab League chief affirmed that the international community has a great responsibility at this stage, stressing the need for revitalizing the Middle East Quartet after its expansion, in order to move forward with a political settlement process. He warned that the re-escalation of violence is the alternative to the political process, especially in light of the extremist tendencies of the new Israeli government.

Meanwhile, Aboul Gheit thanked Germany for sponsoring the Berlin Conference that laid the foundation for the settlement process in Libya. At the same time, he emphasized the importance of agreeing to stop foreign interference in Libya and the withdrawal of all foreign troops and fighters as a first step towards the stability of this country.