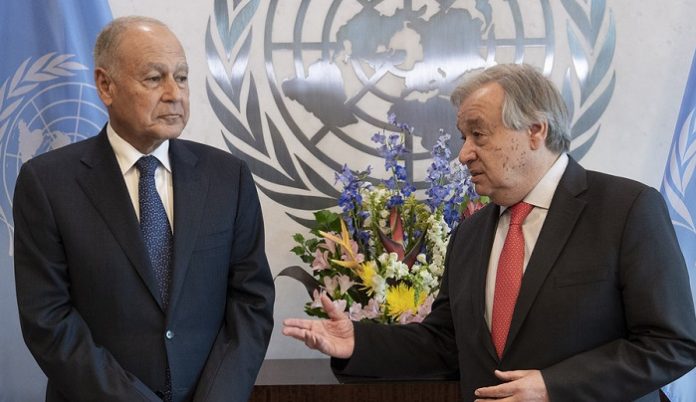 Cairo (UNA-OIC) – Secretary-General of the Arab League Ahmed Aboul Gheit expressed his aspiration to continue work, consultation and coordination between the League and the United Nations to serve the common interests of both sides and achieve security, stability and development in the Arab region.

Aboul Gheit made the remarks on Saturday in a message of congratulations addressed to UN Secretary-General António Guterres on his re-election for a second term at the helm of the organization, expressing his appreciation for the multifaceted partnership linking the Arab League and the United Nations.

On 8 June 2021, Guterres was unanimously recommended by the Security Council for a second term as UN chief. His re-election was ratified by the UN General Assembly by acclamation on 18 June. He will commence his second term on 1 January 2022.