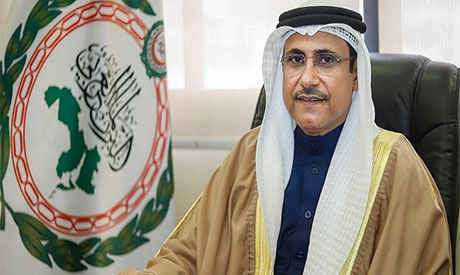 This came in a speech by Al-Asoomi before the opening session of the third legislative term of the Arab Parliament. He noted that he addressed letters to the Secretary-General of the United Nations, the UN High Commissioner for Human Rights, the President of the Inter-Parliamentary Union, the heads of regional parliaments and the Director-General of the UN Educational, Scientific and Cultural Organization (UNESCO) regarding the crimes and systematic violations of the occupying forces in Al-Aqsa Mosque.

On the situation in Yemen, Al-Asoomi called on the international community to take immediate and urgent action and assume its legal and moral responsibility to stop the crimes committed by the “terrorist” Houthi militia and end the “tragic” situation there.

On Lebanon, the parliament speaker expressed concern over the recent tragic clashes that took place in the Lebanese capital, Beirut, which resulted in a number of deaths, calling on all Lebanese parties to exercise self-restraint and calm.

Furthermore, he affirmed the Parliament’s firm position on supporting Egypt and Sudan in protecting their water security and refusing to prejudice their legal and historical rights in the waters of the Nile River.

The Parliament session will discuss the situation in the Arab region, according to Kuwait News Agency (KUNA).