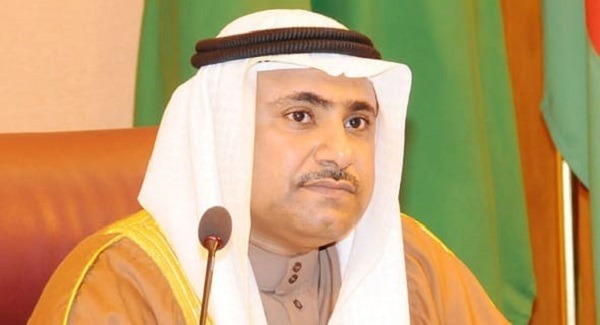 Cairo (UNA-OIC) – The first ordinary session of the Arab Parliament’s third legislative term kicked off Thursday at the Arab League headquarters in Cairo, under the chairmanship of Parliament Speaker Adel Al-Assoomi.

In this session, the parliament will discuss a draft agenda that includes the reports of the meetings of the four parliamentary committees that were held on Wednesday, and the adoption of their work plans during the next phase, as well as political and security developments in the Arab world.

It will also review the report of the Economic and Financial Affairs Committee and its work plan, in addition to the draft budget of the Arab Parliament for 2021.

It is noteworthy that Bahraini lawmaker Adel Al-Assoomi was elected as Arab Parliament Speaker for two-year during a procedural session of the parliament held on 19 October. He succeeded Dr. Mishaal bin Fahm Al-Sulami, who was appointed as deputy speaker of the Shura Council in Saudi Arabia.