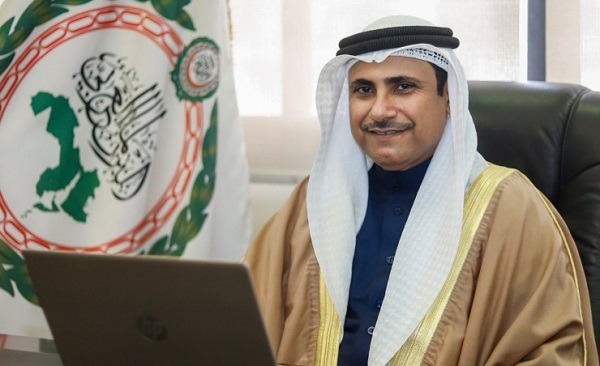 Al-Asoomi also said that the Yemeni issue tops the priorities of the Arab Parliament, warning against the foreign interference that aims to tear the social fabric of Yemen and threatens the security and stability of the region as a whole.

For his part, Yemeni Parliament Speaker Sultan Al-Barakani praised the Arab Parliament’s support for the people of Yemen in all regional and international forums, warning against the dangers of foreign interference in Arab countries’ affairs and the Yemeni affairs in particular.

Former Arab League Secretary-General Amr Moussa stressed the importance of the Egyptian-Saudi role as a central power in the Arab region that, with their joint solidarity and the support of Arab States, can confront any regional interference in the Arab affairs. He also called for providing support to the Yemeni people.