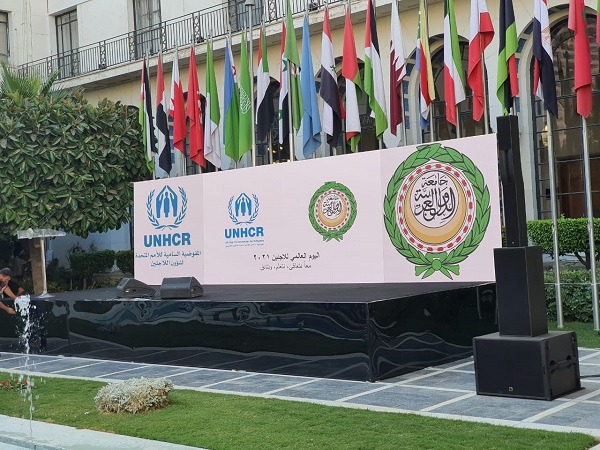 Cairo (UNA-OIC) – The Arab region is hosting about half of the total refugees from all over the world, including 5.6 million Palestinians, the Arab League said on Monday.

This came during a speech of the Arab League Assistant Secretary-General for Social Affairs Sector Ambassador Haifa Abu Ghazaleh while marking the World Refugee Day, co-organized by the League and the United Nations High Commissioner for Refugees (UNHCR).

Ms. Abu Ghazaleh lauded the role of the Arab countries in hosting refugees and their efforts and initiatives to provide healthcare and vaccines for them.

This doubles the burdens on social and economic systems in these countries and requires paying special attention to alleviate these burdens in line with the goals of the Refugee Convention, she noted, stressing the importance of international solidarity with the refugee-hosting states and sharing burdens.

In his speech marking World Refugee Day 2021 focusing on the power of inclusion under the theme “Together we heal, learn and shine”, UNHCR Representative to Egypt and to the Arab League Karim Atassi noted that social integration is the best way to help the most vulnerable and needy persons, including refugees and asylum seekers, especially in light of the COVID-19 pandemic.