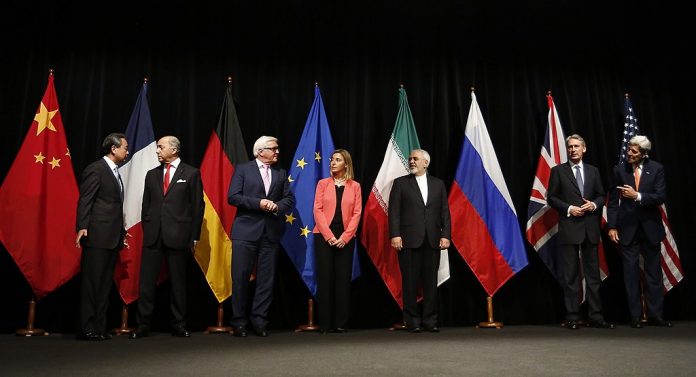 Most Arabs have little confidence in the Trump Administration’s ability to solve the Israeli/Palestinian conflict and many have lost hope that a resolution is even possible. At the same time, it appears that the West’s hostility toward Iran has produced a noticeable and potentially worrisome backlash in Iranian public opinion. These were just two of the findings of the most recent Zogby Research Services (ZRS) nine-nation Middle East poll.

Each year, for the past seven, ZRS has been given the opportunity to poll public opinion across the Middle East for the Sir Bani Yas Forum, a gathering of thought leaders hosted by the UAE Ministry of Foreign Affairs and the Washington-based Center for Strategic and International Studies (CSIS).

This year ZRS surveyed 7,800 respondents in seven Arab countries (Egypt, Lebanon, Jordan, Palestine, Iraq, Saudi Arabia, and the UAE), Turkey, and Iran. The face-to-face polling was conducted from August 24th to September 19th and covered a range of issues currently unfolding across the region.

Some highlights: Russia is increasingly seen as an important player in the region despite substantial disapproval with its role in Syria. The regional policies of the new Trump Administration are viewed unfavorably in most countries, except Turkey, Saudi Arabia, and the UAE—which give the US high marks for its role in Syria and Iraq. And while Iraqis, themselves, are divided on the US role in their country, they have an even more negative view of Iran’s involvement.

These and other findings can be seen in the full report on the ZRS website (www.zogbyresearchservices.com), but the results relating to Israel/Palestine and Iran are what I want to explore in this article since, in anticipation of the Trump Administration’s “Great Deal” and their decertification of the “Iran Deal”, these issues loom large in current US foreign policy discussions.

Many Arabs appear to have lost faith in finding a resolution to the Israeli-Palestinian conflict. Only in Egypt, Saudi Arabia, and the UAE are majorities still inclined to support a two-state solution, while more than 40% of Lebanese, Jordanians, and Palestinians now say they no longer believe any solution is possible.

There is little confidence in the Trump Administration’s ability to resolve the conflict. Almost two-thirds of Lebanese, Jordanians, Iraqis, and Palestinians give the US Administration a no-confidence vote, while significantly higher percentages of Saudis, Egyptians, and Emiratis share that negative view of Trump’s efforts.

There is also little appetite for the much-discussed proposal to form an Arab-Israeli alliance to fight extremist groups and confront Iran’s regional role. About one-half of Egyptians, Saudis, Emiratis, and Iraqis would support such an alliance, ONLY IF “Israel were to end its occupation of Palestinian lands and fulfill the terms of the Arab Peace Initiative (API).” However, it is worth noting that one-half of Jordanians, Saudis, and Emiratis state that they would be opposed to such a partnership EVEN IF Israel were to fulfill the terms of the API.

With the occupation now in its 50th year, the outlook of Palestinians has become decidedly gloomy. One-third of Palestinians report that they or their family members have been victims of violence at the hands of the Israeli military or settlers. This has taken a toll. Two-thirds still support the API but, as has been noted, they have lost confidence in efforts to end the conflict. Almost two in five Palestinians now say they are ready for a one-state solution.

High levels of anger directed at Israel and frustration with their own leadership among Palestinians coupled with a lack of confidence in US intentions across the Arab World set the stage for the Trump Administration’s peace proposals. While we know that the public opinion does not, by itself, make policy, attention must be paid to the consequences of ignoring widely and deeply held views—especially in an area as sensitive as that of the Israel/Palestine conflict.

As for the “Iran Deal” (Joint Comprehensive Plan of Action – JCPOA), Arab opinion in most countries is deeply divided. A majority of Emiratis and pluralities in Saudi Arabia, Jordan, and Iraq want to scrap the deal. Only in Lebanon and Saudi Arabia does support for the JCPOA reach as high as one-third.

Iranians, themselves, are disappointed with the JCPOA with only one-quarter of Iranians saying they are satisfied with its implementation. Three-quarters feel that while Iran has met its obligations, the West has not done so, with many expressing the view that the West has no intention of doing so because of continuing hostility toward Iran.

The impact of this frustration with the JCPOA and the feeling that the West remains hostile toward them has had a hardening impact on Iranian opinion. While the public’s support for their government’s involvements in regional conflicts in Syria, Iraq, Lebanon, and Yemen had steadily declined from high positive levels of support in 2014 to decidedly negative attitudes in 2016, in this year’s survey support for Iran’s regional adventures is back up to near 2014 levels. This backlash against the West has been the subject of recent news reports, but our survey provides the first hard evidence of this development.

This points to a dilemma for policymakers. Clearly, Iran’s regional meddling must be challenged. It is nearly uniformly opposed by publics in every Arab country and, as has been noted, even Iraqis are wary of Iran’s involvement in their country. The challenge is to find a way forward to confront Iran’s regional role, hold them accountable for their nuclear program, while at the same time not solidifying Iranian support for their government’s foreign policies.