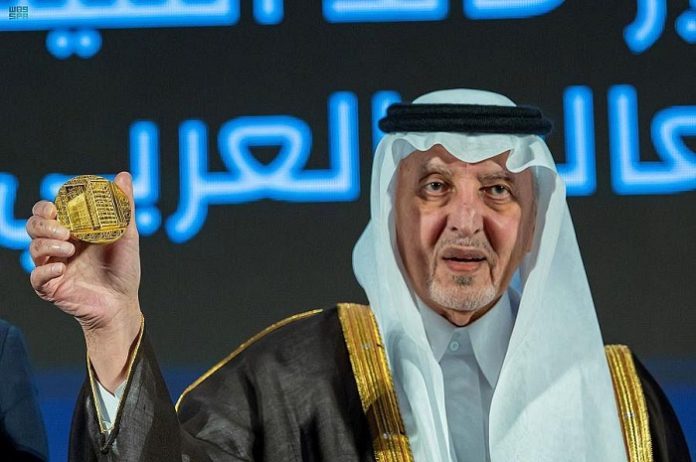 Paris (UNA-OIC) – Arab World Institute (AWI) on Wednesday honored Prince Khalid Al-Faisal, Advisor to the Custodian of the Two Holy Mosques and Governor of Makkah Region, for his literary, intellectual and cultural efforts as well as his contributions that spanned more than five decades.

Founded in 1980, Paris-based AWI aims at introducing and disseminating Arab culture, and encouraging cooperation between France and the Arab world, especially in the fields of science and technology, thus contributing to the development of relations between the Arab world and Europe.

The Institute is also considered as the result of cooperation between France and 22 Arab countries, including the Kingdom of Saudi Arabia.

Also, it seeks to achieve several goals: developing the study of the Arab world in France, deepening understanding of its culture, civilization and language, understanding its efforts aimed at developing and encouraging cultural exchange, and activating communication and cooperation between France and the Arab world, especially in the fields of science and technology, contributing to the success of the Arab-France relations as well as to strengthening relations between Arabs and Europe.

It is noteworthy that Prince Khalid Al-Faisal signed his new book “ABYAT”, which contains more than 100 poems combining wisdom and patriotism in a unique and renewed poetic form.