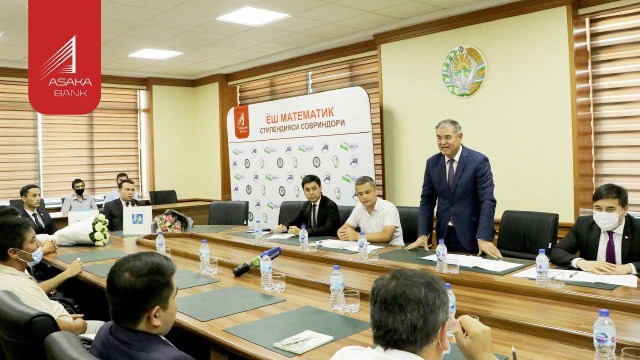 Asaka Bank, within the framework of the tasks identified at the meeting held on January 31, 2020 under the chairmanship of the President of the country, on the issues of development of science, together with the National University of Uzbekistan named after Mirzo Ulugbek in accordance with the roadmap signed between the Institute of Mathematics named after V. Romanovsky of the Academy of Sciences, the Ministry of Innovative Development and the Central Bank have established the Young Mathematician scholarship.

The project is aimed at stimulating gifted youth in the direction of mathematics, their widespread involvement in innovative activities, supporting talented students, increasing their knowledge, intellectual development and worthy encouragement. 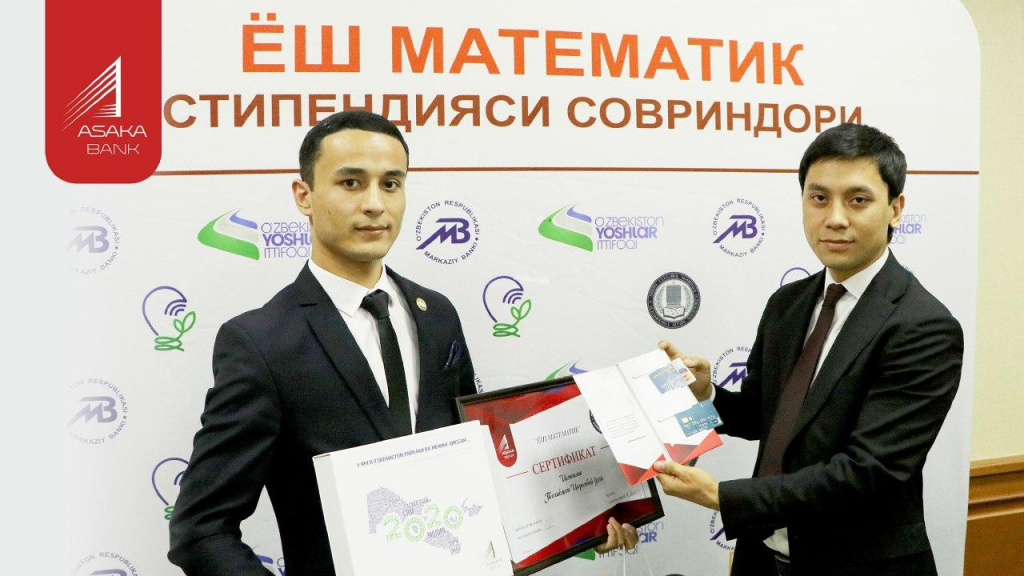 The winner of the Young Mathematician scholarship is determined annually on the eve of June 30 – Youth Day. The first winner became a student of the Faculty of Mathematics of the National University of Uzbekistan named after Mirzo Ulugbek Tolibjon Ismoilov, who successfully participated in many international mathematics competitions.

Tolibjon, who was born in 1999 in Khanka district of Khorezm region, won scholarships named after Kary-Niyazov and NUU in 2018-2019 academic year. He won a gold medal at the International Mathematics Olympiad, held in 2018 in Urgench. In addition, he received a first-degree diploma (gold medal) at the Fifth Mathematical Olympiad 5-NCUMC in Saint Petersburg, won the first place at the 4th Republican Olympiad Kary-Niyazov, a bronze medal at the 25th International Mathematical Olympiad in Blagoevgrad (Bulgaria). 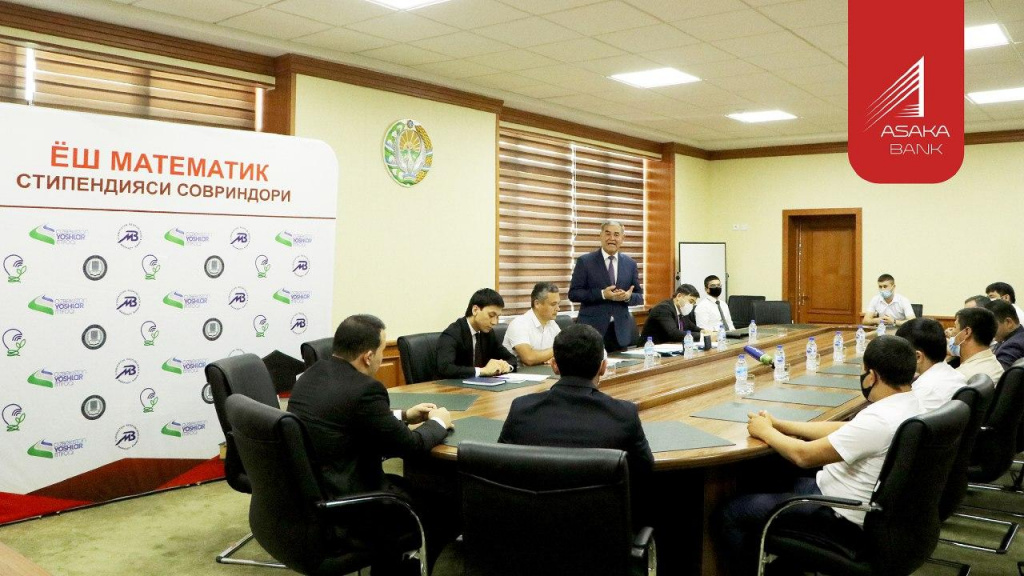 At the award ceremony, held at the National University, Tolibjon Ismoilov was solemnly awarded the certificate “Young mathematician scholarship holder”.