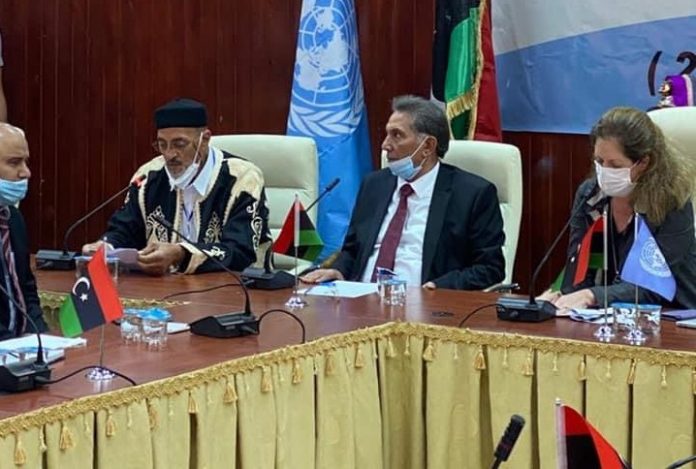 Ghadamès, Libya (UNA-OIC) – The Acting Special Representative of the UN Secretary-General for Libya, Stephanie Williams, called on the Libyan interlocutors to prioritize the national interest of Libya and its people.

“You have defied all challenges and obstacles to meet in Libya, in the city of Ghadamès, the symbol of coexistence and unity, which has a special place in the hearts of the Libyan people,” Ms. Williams told attendees at the start of the 5+5 Joint Military Commission (JMC) meeting in Ghadamès, an oasis town in northwestern Libya.

“You said it out loud: ‘No more fighting, and yes to peace and unity,” added the Acting Special Envoy, who also serves as the head of the United Nations Support Mission in Libya (UNSMIL).

“All eyes are now on the political class as a whole, and not on the participants in the Libyan Political Dialogue Forum to follow your example in bearing the historical responsibility before them and prioritizing the interests of their country,” she said.

Williams expressed her gratitude to the town of Ghadamès and its people, which is a city that has a special place in the hearts of Libyans for its history, heritage and symbolism of brotherhood and love.