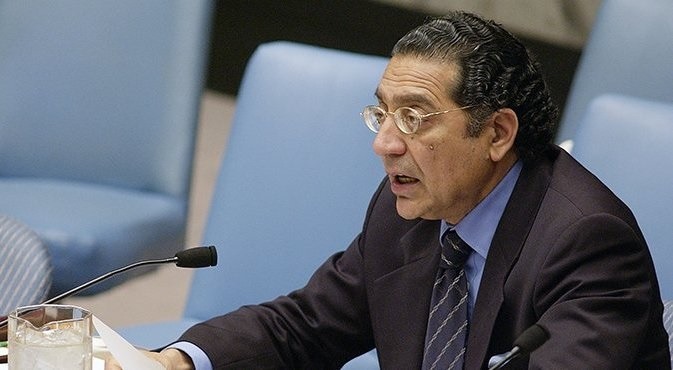 New York (UNA-OIC) – Pakistan has called on the UN Security Council to “act boldly” in protecting civilians and critical infrastructure during conflicts, pointing out that attacks against hospitals, homes and schools are used to coerce people in occupied territories into submission.

“Empirical evidence shows that attacks on cultural and religious sites, military siege and collective punishment have often been used to advance military or political objectives in situations of foreign occupation and suppression of the right of peoples to self-determination,” Ambassador Munir Akram said in a statement submitted to a meeting of the 15-member Council on Tuesday.

The meeting was convened by Vietnam, which holds the presidency of the Security Council for the month of April, to debate ‘Protection of objects indispensable to the survival of the civilian population’.

“Quite often such occupied territories are subjected to round-the-clock curfews, communications blackouts, closure of educational institutions, bar on religious and public assembly, illegal and arbitrary detention of public figures, forced disappearances and extrajudicial killings of youth, shutting down of local businesses and economic activity – all of which are critical to people’s livelihood and survival,” the Pakistani envoy said.

Civilians, he said, have always been the main victims of war, subjected to mass extermination, indiscriminate attacks, deportations, hostage-taking, pillage and internment, leading the international community to adopt two sets of protection through international humanitarian law.

Despite the categorical prohibition to target food products, agricultural areas for the production of foodstuffs, crops, livestock, drinking water installations and supplies, and irrigation works, Ambassador Akram said the International Humanitarian Law has often been breached.

“The destruction of objects indispensable to the survival of the civilian population and the disruption of essential services have also been identified as major challenges to the safe and voluntary return of refugees.

Ambassador Akram said the challenge of addressing gross violations of international human rights and humanitarian law are further exacerbated by the inequity in the international response,” pointing out that in some situations, there is a quick and even robust response, while in others, the perpetrators enjoy virtual impunity to commit crimes.

“The Security Council, as the primary organ of the UN tasked with maintaining international peace and security, must not fail and act boldly in all situations where the survival of millions of civilians, caught in the vice of violence and war is threatened,” the Pakistani envoy said.

At the end of the meeting, the Security Council also unanimously adopted a Vietnam-sponsored resolution on the protection of civilians in armed conflict. Pakistan joined several countries in co-sponsoring the resolution.

Resolution 2573 strongly condemns attacks in situations of armed conflicts directed against civilians and other protected persons or civilian objects and demands that all parties to armed conflict immediately put an end to such practices.

It demands that all parties to armed conflict fully comply with their obligations under international humanitarian law, including regarding distinguishing between, on the one hand, civilian populations, civilian objects and all other persons and objects afforded protection, and, on the other hand, combatants and military objectives; prohibiting indiscriminate and disproportionate attacks; taking all feasible precautions in planning, deciding and conducting attacks to avoid, and in any event minimize, harm to civilians and civilian objects; and taking all feasible precautions to protect the civilian population and civilian objects within their control against the effects of attacks.