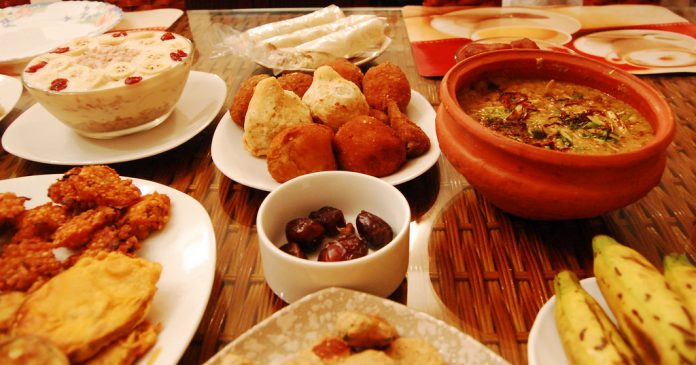 The Islamic month of Ramadan has come and Muslims are fasting in accordance with the dictates of the Qur’an – the Muslim Holy Scripture: “O you who believe! Fasting is prescribed to you as it was prescribed to those before you, so that you may attain Taqwa.” (2:183)

The above Qur’anic verse confirms two points. Firstly, that fasting is for everyone and secondly, that the development and attaining of Taqwa is dependent on fasting. That is, without fasting, one may not be able to attain Taqwa. It is also clear that Taqwa is for the rich and the poor, the knowledgeable and the uneducated, the leader and the follower, the ruler and the ruled, the old and the young, the man and the woman. And that it was also prescribed to the people of other faiths that came before the time of Muhammad (S), the prophet of Islam.

Taqwa is more commonly translated as piety. However, its meaning is much more profound. In his book – Al-Mufradat fi Gharib al-Qur’an, Imam Rāghib al-Isfahani says that taqwa simply means to protect oneself. The question is: protection against what? Just like garments that protect our body from the cold and the hot weather, Taqwa is a protection from the Anger of Allah and His Punishment.

In the Qur’an, it is stated:

O Children of Adam! We have certainly sent down to you garments to cover your nakedness and for adornment. Yet the garment of taqwa —that is the best. Such are among the signs of Allah so that they may take admonition. (7:26)

The word Taqwa is used 251 times in the Holy Qur’an as either a noun or a verb indicating its importance in the life of Muslims. These numerous verses elaborate the different dynamics and dimensions of the inner meanings of Taqwa that enables Muslims to be an ideal and a living example as a vicegerent of Allah.

The four verses in Surah Al-Baqarah (Verses 2-5) summarize the guiding principle in the Noble Qur’an for the people of Taqwa:

This is the Book whereof there is no doubt a guidance to those who are al-Muttaquin; Who believe in the Ghaib (the Unseen), and establish prayer, and spend out of what We (Allah) have provided for them; And who believe in the Revelation sent to you (Muhammad), and sent before your time, and (in their hearts) are certain of the Hereafter. They are on (true) guidance from their Lord (Allah), and it is these who will prosper.

The Muttaqun are those that believe, fear Allah and look to what He has ordained in carrying out His actions to avoid His displeasure. These people are involved and active in the affairs of the humanity, whilst at the same time praying, fasting, spending in Allah’s cause, having good morals; they are forgiving and just. All these descriptions can be attributed to a person who has Taqwa who will be successful in the Hereafter.

As to the characteristics of a Muttaqi, the Qur’an says:

It is not righteousness that you turn your faces towards east or west; but it is righteousness – to believe in Allah and the Last Day, and the Angels, and the Book, and the Messengers; to spend wealth, out of love for Him, for your kin, for orphans, for the needy, for the wayfarer, for those who ask, and for setting the slaves free; to establish prayer, and practice regular charity; to fulfill the contracts which you have made; and to be firm and patient in tribulation and adversity, and in times of panic (or stress). Such are the people of truth and they are al-muttaqoon. (2:177)

The most honored in the sight of Allah is the believer with the most Taqwa, i.e., the most conscious and aware of Him. The Glorious Qur’an illustrates this in Surah Al Hujurat (49:13):

“O mankind! We created you from a single (pair) of a male and a female, and made you into nations and tribes, that ye may know each other (not that ye may despise each other). Verily the most honored of you in the sight of Allah is the one who has Taqwa. And Allah has full knowledge and is well acquainted (with all things).”

Ali (RA: may Allah be Pleased with him) said, “Certainly, Taqwa is the medicine for your hearts; it is the sight for the blindness of your spirits, the cure for the ailments of your bodies, the rectifier of the evils of your breasts, the purifier of the pollution of your minds, the light of the darkness of your eyes, the consolation for the fear of your heart, and the brightness for the gloom of your ignorance.” [Nahjul Balagha]

Both the Qur’anic verses and the hadith command Muslims to have Taqwa as a barrier between himself and the Anger and Displeasure of Allah. Through Taqwa, the Muslim strives to obey Allah and abstains from His prohibitions.

A true muttaqi is a person who strives to possess a solid understanding and knowledge of the rulings of Allah through the Qur’an and Sunnah. Without proper knowledge of the Islamic rulings, a person would not know what is asked of him/her. Therefore, it is a must to understand Islam properly as well as to have the proper intention of pleasing Allah in carrying out these actions.

Taqwa in a broader sense is a requirement for everyone who wants to be a true human being, live under control of reason, and follow certain principles. In a religious context, Taqwa is the quality of those who protect themselves from all that is considered by religion as wrong and sinful.

Imam Ahmad (R: may Allah have mercy upon him) mentions a hadith, narrated by a Companion (RA) of the Prophet (S), whereby a person once asked, “Oh Messenger of Allah, give me some advice.” The Prophet (S) responded, “I advise you to fear Allah because it is the head of everything.” In another occasion, the Prophet (saw) replied, “Fear Allah because it is the collection of all goodness.” Allah also promises to be with those who have taqwa. Allah says,

“Truly, Allah is with those who have Taqwa, and those who are Muhsinun (doers of good for Allah’s sake only).” [An-Nahl 16:128]

The ideal Islamic society is a Taqwa-conscious society, conferring its highest respect on those considered to be high in Taqwa.

In his famous book Kimiya-e Sa’dat, Imam al-Ghazali (R) tells the story of a certain Shaykh [Junayd al-Baghdadi (R)] who favored one of his disciples over others because of the latter’s God-consciousness. Other disciples obviously were jealous about the Shaykh’s favoritism. One day to prove the point, the Shaykh gave each disciple a fowl to kill it in a place where no one could see him. All the disciples returned after killing their fowls, except the favored disciple. The Shaykh inquired why he had returned with the live fowl. The disciple replied, “I could not find a place where Allah would not see me.” His God-consciousness (Taqwa) did not allow him to be heedless of Allah’s presence. The Shaykh then told his other disciples: “Now you know this youth’s real rank; he has attained to the constant remembrance of Allah.”

Fasting increases Taqwa, the God-consciousness (i.e., being conscious of Allah in all affairs and actions) by taming the Nafs, which gets its strength from full stomach. [Consider, e.g., the statements by Islamic savants. Abdullah ibn Mas’oud (RA) said, “Four things darken the qalb (heart): (1) gluttony, (2) the company of oppressive people, (3) obliviousness of past sins, and (4) high aspirations. Four other things illuminate one’s qalb: (1) an empty stomach (i.e., living in hunger for fear of committing sin), (2) the company of righteous people, (3) recognition of one’s past sins, and (4) curtailed desires.” [Al-Munabbihat]

Abdullah al-Antaki (R) similarly said, “The cures for the qalb (heart) are five: (1) the company of the righteous people, (2) the recitation of the Qur’an, (3) an empty stomach, (4) vigils at night [through worship], and (5) sincere petition for Allah’s forgiveness before the daybreak.” [Al-Munabbihat]]

The Sufi elders have said, “When Allah created the nafs [soul] He held it in a place of questioning and addressed it, saying, ‘Whom am I?’ – that is, ‘O soul, do you know Me?’  The soul, coquettish and rebellious, raised its head and said, ‘Do You know me?’  Allah kept it in the prison of affliction for a thousand years, then brought it out and asked, ‘Who am I?’  The soul said, ‘Whom am I?  Do You know who I am?’  Allah commanded that it be held in the prison of illness for a thousand years; then it was released, but it had no fear of that either.  When Allah said, ‘Who am I?’ the weary soul replied, ‘Who am I?  Do You know me, or not?’  Allah commanded that it be held another thousand years in the prison of nakedness, that it might be tamed; then He brought it out and asked, ‘O soul, Who am I?’  The soul did not fear that either, and said, ‘Who am I?’  It claimed to be all powerful.  ‘Put in the prison of hunger!’ Allah commanded, and they did so; when they brought it out it had become weak and thin and humble, and was afraid.  When Allah asked, ‘Who am I?’ It answered, ‘You are the Omnipotent, All-conquering Lord, and I the sinful, blaming soul which commands to evil.’” [See this author’s book: Cure for the Sickly Heart.]

Thus, the soul will not be afraid until it fears hunger and cries out in distress; therefore, its discipline is through hunger, and it is for this reason that the prophets and saints fasted often. That is why, it is said that “Hunger is the food of the righteous”.

Fasting increases devotion and righteousness, and brings a Muslim closer to the Creator. It creates the recognition that everything we have in this life is a blessing from Him. It teaches humility, and thereby charity and generosity. It teaches self-control or -restraint, and thereby, good manners, good speech, and good habits.

The merits of Taqwa are numerous. E.g., “Whoever fears Allah, Allah will grant him a way out of hardship.” [At-Talaq 65:2]

Allah also promises forgiveness of sins to those people who are muttaqoon. “And whoever has Taqwa (fears) in Allah, and keeps his duty to Him, He will forgive his sins from him and will enlarge his reward.” [At-Talaq 65:5]

Allah has given the glad tidings of paradise to such people: “Verily those who have Taqwa when an evil thought comes to them from Satan, they remember Allah and indeed they then see (aright).” [Al-A‘raf 7:201]

Life is too short and there is no better time than now, today, this very moment to prepare for Taqwa. If not now, let the coming Ramadan mold people’s character in the path of Taqwa.