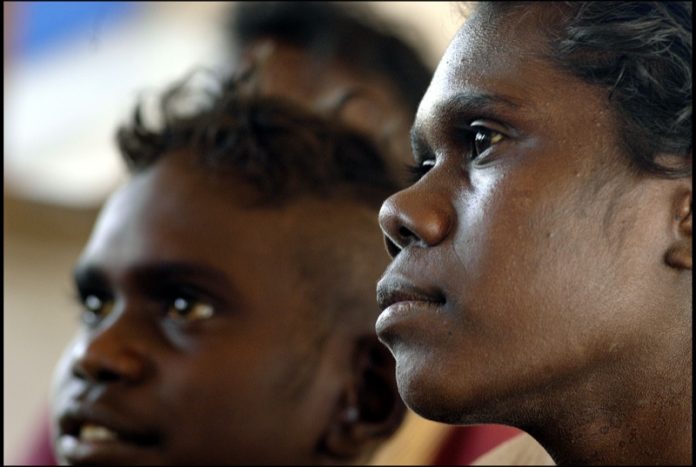 Should we call them traditional owners or real owners of Australia? Indigenous demand still stands that this Australia Day should be remembered as Invasion Day, not Australia Day.

26, January, is the official national day of Australia which is called ‘Australia Day’. The day commemorates the establishment of the first European settlement in Australia. On 26th of January 1788, the first British fleet was anchored in Sydney Cove, off-loaded the male convicts brought from Europe and a flag of the British empire was raised on Australian soil in the name of King George III. The Captain of the ship, Arthur Philip, set up a British penal colony and the process of White Australia begun. In the process of colonialism like in other parts of the world, the centuries-old native social setup and its culture were dumped by British rulers. In the process, according to the historical documents; 10 to 30 percent of aboriginal and Torres Strait Islander children were snatched forcibly from their parents and handed over to missionary and state institutions under the then government policy between 1910 to early 1970s. The rulers claimed to assimilate these native tens of thousands of children into the Anglo-Saxon society and teach them European values and their way of life. Most of these stolen children were under the age of 5. Similarly, there are horrifying tales of mistreating, sufferings and hurt of aboriginals and Torres Strait Islanders and the extinctions of indigenous culture.

Today, these indigenous Australians are the most disadvantaged people in Australia. Having a life expectancy 17 years below the rest of Australia and with many living in third world conditions they are needed the reformation in every walk of life. According to a report of the World Health Organisation, the healthcare standards for aborigines are a century behind the rest of Australia. In some parts of the country, the life expectancy of male aborigines is just 33 years. Lack of education, job opportunities and other social facilities the crimes and gun culture have been increased in the aboriginal community. Child abuse, rape, and lootings are common crimes in remote areas. The law and order situation in remote areas are terrible.

Therefore, the indigenous Australians see ‘Australia Day’ as the foundation day of the demolition of their culture and generation and they observed the day as the ‘Invasion Day’ or ‘Day of Mourning’.

In May 1995, The National Inquiry into the Separation of Aboriginal and Torres Strait Islander children from their families was established which was chaired by Sir Ronald Wilson. In May 1997, a report on the Stolen Generations, Bringing Them Home, stemming from the inquiry chaired by Sir Ronald Wilson and was tabled in the Parliament. Exactly after a year, in May 1998, the first National Sorry Day was held to mark the anniversary of the stolen children report. In February 2000, the former Prime Minister, John Howard abandoned the deadline on reconciliation to be achieved by the eve of the federation celebration. Indigenous leaders, community groups and human rights organizations raised the issue on different platforms, seminars, demonstrations. Yet, the government of John Howard and his Liberal Party totally refused to offer ‘sorry’ to indigenous Australians. Mr. Howard’s plea was that firstly, whatever done to the indigenous people in the past was done by pasts governments and should not be liable to the present government and generation and secondly the apology or sorry could open the door to expensive compensation claims.

Then another former Prime Minister, Kevin Rudd kicked off with great courage and daring steps during then federal election when he promised to the nation that he would say sorry to the indigenous Australians on all the mistreatments and wrong-doings happened to them if he formed the government. And the day came, Prime Minister Kevin Rudd, on February 12, 2008, laid down a new tradition in the Australian Federal Parliament by ceremonial welcoming from indigenous Australians for the first time in over century-old history. He was handed a message stick which told ‘the story of our coming together’. More than 100 indigenous elders, women, and youth invited to start the proceeding of a new government with a new image of Australia. The ceremony combined ancient indigenous dances, music, songs with more modern dance and performance. Then the next day is the day for which the indigenous Australians were waiting for decades. On February 13, 2008, Mr. Minister Kevin Rudd added a new page in Australian history. He, on behalf of all Australians and the government, said ‘Sorry’ to the first Australians (Aboriginals and Torres Strait Islanders) on all the mistreatments and wrongdoing particularly to the stolen generation (who were forcibly removed children from their parents during) for over 200 years. Mr. Kevin Rudd said that the Australian now reflect the blemished chapter in our nation’s history with the true spirit of reconciliation.

Today, indigenous Australians must be feeling closer and more equal to every other Australians. However, the word sorry is not enough but it has opened the doors for reconciliation and work together. The aboriginals and Torres Strait Islanders need confidence and faith in the government that new projects are to improve their lives and protect their culture and heritage. There is also a high need for focusing on development programs for youth on priority.

Sudan-Egypt relations are based on common constructive interests