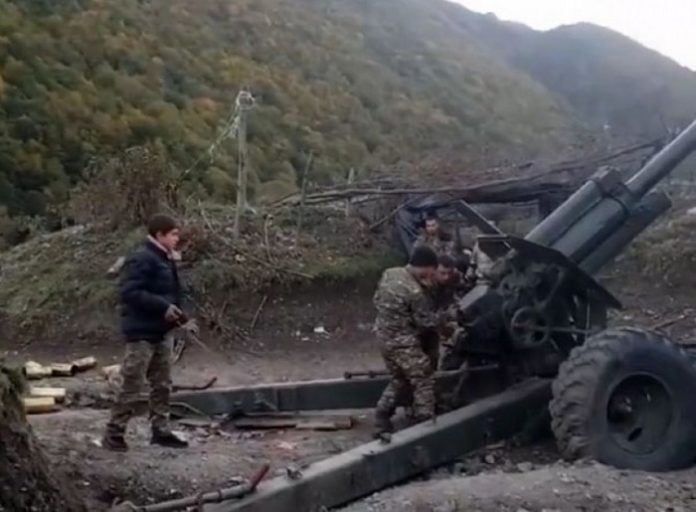 Baku (UNA-OIC) – The Armenian army, which was defeated by the Azerbaijani Armed Forces, suffered heavy losses, and hundreds of servicemen fled, laying down their arms, AZERTAC reports.

After the problem of shortage of soldiers and officers has reached its peak in the Armenian army, Armenia’s leadership started to involve children, along with the elderly and women in the battles.

Video footage disseminated depicting the forced participation of minors and teenagers in the war in Armenia. As it is seen from the footage, a teenage Armenian is taking part in the war against Azerbaijan. By doing so, the Armenian leadership is clearly violating international law, the requirements of the United Nations, UNICEF, the Paris Convention on the Rights of the Child.