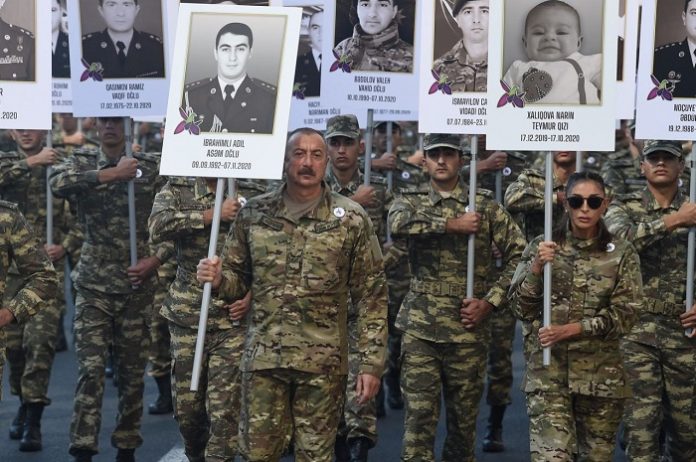 Baku (UNA-OIC) – A march was organized in Baku on September 27, which marks Remembrance Day in memory of the soldiers and officers who perished for the sake of Azerbaijan’s territorial integrity, the civilians who were killed and the people who went missing during the Patriotic War.

Afterward, President Aliyeve has laid the foundation of the Patriotic War Memorial Complex and the Victory Museum. Also, the Head of State and First Lady have visited the grave of national leader Heydar Aliyev at the Alley of Honor.