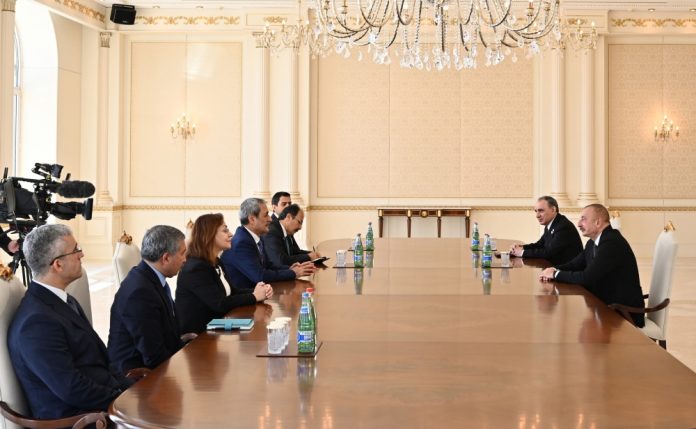 AZERTAC reported that the chief public prosecutor extended Turkish President Recep Tayyip Erdogan’s greetings to the head of state. President Aliyev thanked the Turkish counterpart for the greetings and asked Bekir Sahin to extend his greetings to President Erdogan.

The two parties noted that friendly and brotherly relations between Azerbaijan and Turkey are successfully developing in all areas. They also stressed the importance of cooperation between the two countries’ prosecution bodies in terms of developing these ties.

During the conversation, both parties touched upon Turkey’s experience in this field, and highlighted the public prosecution reforms being carried out in Azerbaijan. They further exchanged views on cooperation prospects.