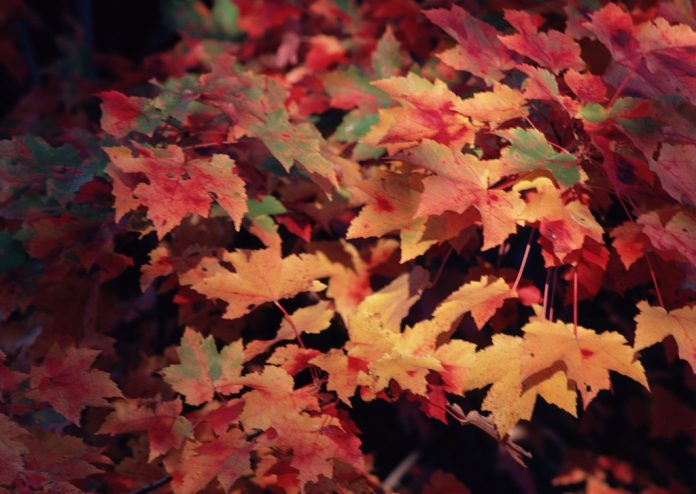 I’ve been clearing out my basement, and I came on a boxful of The Nation. It was raining, and I settled in for a few back issues, reading by the window. I found a rather striking pattern of intellectual behavior, and I’ve chosen one article out of many examples; this one is perhaps the clearest.

David Corn’s “Impaired Intelligence” [9-23-02] [1]uses the rhetoric of error to discuss FBI and CIA obstructionism. Nearly all the print journalism in the U.S. since 9/11 has done the same, cocking an eyebrow at “mistakes,” “failures,” “screw-ups, miscalculations and oversights.” To do so is to appear critical of these agencies while continuing to goose-step down the corridors of the Ministry of Truth. When Mr. Corn observes that House and Senate Intelligence Oversight Committees are “traditionally cozy with” the intelligence agencies, can he possibly be ignorant of the continuous presence of intelligence agents and former agents on those committees? This is better called obstruction of justice, not mere coziness.

The bad faith here is all too familiar. Most 9-11 coverage eerily evokes the reams of utterly forgettable journalism produced in the wake of 11-22-63, that taboo subject whose cultural radioactivity has kept one otherwise excellent journal semi-toothless for decades [2]. Back then, writers in your pages spoke of “discrepancies, inconsistencies, gaps” and “minor flaws” in the Warren Report (editorial, 12-28-63); they praised the Report, calling it “admirable” and “an at times brilliant job” (Herbert Packer,11-2-64). Another Nation editorial of that era laments that “the American public was gradually coming to the conclusion that the CIA was a self-perpetuating, ever-growing, tax-eating organization of spies, schemers and bunglers, with a few murderers thrown in.”

We now know that the pre-assassination “intelligence failures” described by the post-assassination press were absolutely deliberate falsifications and planted, false leads pointing in directions agreeable to Langley and Washington. Though Oswald the patsy had a bulky file in the cabinets of the CIA and FBI several years before 11-63, those agencies “failed” to use the information therein for any legitimate purpose. For example: in October ’63, a balding, middle-aged, heavy-set man identifying himself as Lee Harvey Oswald contacts an assassinations specialist named Kostikov in the KGB at the Cuban Embassy in Mexico City. This “mystery man” appears in a CIA-MEXI surveillance photo looking absolutely nothing like Oswald. When the Mexico City Station rather urgently requests a file photo ‘any file photo’ of Oswald, CIA HQ “fails” to send one. Instead, it says it will ask the Navy for photos (Oswald’s career begins in the Office of Naval Intelligence). Five weeks later, the President of the United States is murdered, and CIA HQ has the wit to tell CIA-MEXI that “We have asked Navy for photos again, but Mexi can see Oswald’s picture sooner on the press wire.”[3].

Had CIA-HQ (or the ONI, which never responded) sent a file photo of the young Oswald in a timely fashion ‘i.e. prior to the assassination’ it would have been immediately clear to the Mexico City Station (and its Chief, Winston Scott) that a fraud was in progress. The whole point is that over a month before the murder of the President, somebody used LHO’s name in an impersonation in order to create an incriminating paper trail linking the eventual patsy to the Soviets and to Castro. It was this framing of Oswald with a false link to the KGB that allowed Hoover and his allies to crush any genuine investigation, since, as Johnson told Earl Warren and everyone else at the time, the “truth” could precipitate a nuclear war. Without the impersonation and its phony LHO-KGB link, the successful cover-up would never have been possible. I owe this story and my understanding of it to John Newman, whose lucid account is at:http://www.jfklancer.com/backes/newman/newman_1.html 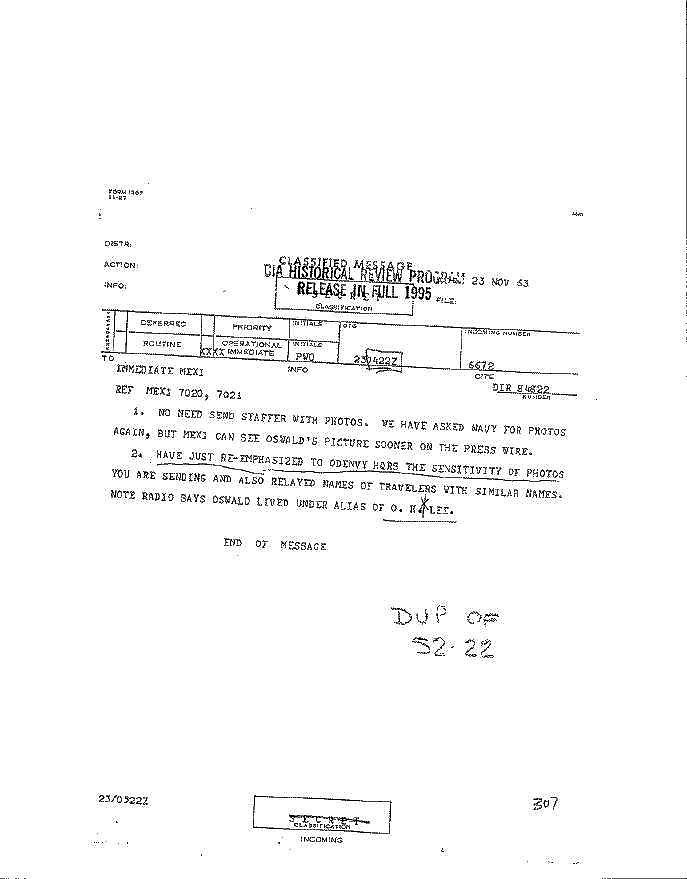 So: the failure to pursue compromising leads is not always some passive hiccough in the system. When Mr. Corn says that FBI “didn’t pursue leads”; that CIA “failed” to notify FBI about Al Quaeda affiliated US residents; when he affects the alarmingly naive understatement that the Agency’s “problems are probably worse than described,” he risks the same kind of semi-passive complicity that we have learned to associate with the worst of national crimes (the ones that make us say, “this happened because good people did nothing”). In the final five paragraphs of that article from 23 September 2002, Corn wonders aloud whether and how the intelligence community will ever reform itself and overcome its “flaws.” He ought to know —surely he does know— the reason why CIA and FBI remain hidebound and bizarrely unresponsive despite the decades separating us from the deaths of J. Edgar Hoover and Allen Dulles. Those men drew their colleagues and prot’g’s into a dark well of official lies and legally actionable perjuries so deep that no agent can climb out and live long. Several CIA agents and their contacts, along with six high ranking FBI agents, you recall, were murdered in 1977, just prior to the House Select Committee’s first hearings. “Reforming” the unaccountable secret police services (whose worst official fear remains mere “embarrassment”) is nearly impossible because the Agency and The Bureau are still lying about so many domestic political murders and their grim international consequences. Until those lies are openly acknowledged (not just decisively refuted by critics, who remain largely invisible in the corporate media), don’t expect Congress, Justice, or anyone else to blow the lid off the cesspool.

Was it mere negligence that caused the FBI to rebuff the August 2001 request from a Minnesota agent, that Moussaoui should be investigated “to make sure he doesn’t take control of a plane and fly it into the World Trade Center” (see the Daily News, 9-25-02)? When massive military escalation and appropriations swiftly followed the JFK murder, many of us asked, “who benefited?” As David Corn points out to his credit, there have recently been “several billion dollars added post 9-11 to the classified $30 billion-plus intelligence budget.” This line of reasoning leads to some horrific conclusions, of course. If it seems to you like inconclusive speculation, I hope you’re right. Still, I invite the Nation and others to do what is so rarely done: read the new information as it trickles out, and remain interested long enough to perceive the entailments of these awful revelations before they fade from public memory. Mike Ruppert of From the Wilderness has done just that on his website, www.copvcia.com, from a position of nearly unique expertise. Though Ruppert’s evidence is multi-sourced and compelling, David Corn has recently seen fit to dismiss it with something approaching contempt. Ruppert’s response is posted on www.copvcia.com .

In a time of accelerating Constitutional crisis, the phrase “intelligence failures” bears more than a whiff of rotting journalistic integrity. One look at the volumes stacked floor to ceiling in the “true crime” section — Gary Webb, Peter Dale Scott, Rex Bradford, Sylvia Meagher, Philip Melanson, Walt Brown, John Judge, Sander Hicks, Nafeez Ahmed, Gore Vidal, and a hundred other authors — makes it patently clear that crime and failure are not the same thing.

[2]  See for instance E. Martin Schotz, “History Will Not Absolve Us: Orwellian Control, Public Denial, and the Murder of President Kennedy”, Chapter 7: “The Nation”

Jamey Hecht (www.jameyhecht.com) is the author of “Plato’s Symposium: Eros and the Human Predicament (Twayne’s Masterwork Studies, No 173).” He contributed above article to Media Monitors Network (MMN) from New York, USA.