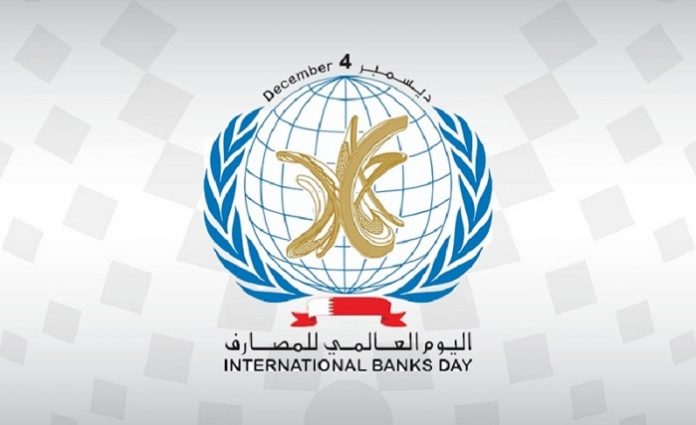 Manama (UNA-OIC) – Bahrain Association of Banks (BAB), in cooperation with the Ministries of Foreign Affairs and Finance and the Central Bank of Bahrain, is organizing a special celebration on the occasion of “International Day of Banks”.

This international event was launched based on an initiative sponsored by BAB through the Ministry of Foreign Affairs on the occasion of the 100th anniversary of the establishment of the banking sector in the Kingdom, as UN General Assembly at that time adopted a resolution to designate the 4th of December of each year as the International Day of Banks.

The Association will organize this celebration next Thursday, December 3, and it will include a remote meeting with the participation of several speakers from Bahrain and the world. The event will reflect the distinguished international standing of Bahrain on the one hand, and the prestigious international banking and financial reputation of the Bahraini banking sector on the other hand, in addition to highlighting the role of this sector at the regional and global levels.

The meeting will also discuss motivating banks to provide more studies that contribute to helping decision-makers and emphasizing the role of banks in humanitarian relief operations, combating poverty, education, and health.

Among the other topics to be discussed during the meeting, are the role of banks in ‏AML/CFT; strengthening the relationship between Islamic finance and the development goals of the United Nations, and highlighting the role of banks as a key element in strategic decision-making in each country, and in providing fast and transparent financing through cash transfers to international organizations such as the High Commissioner for Refugees (UNHCR), the World Food Program (WFP), and the World Health Organization (WHO).