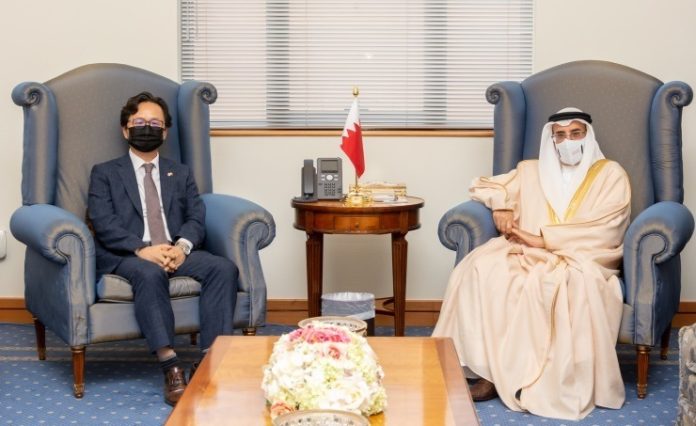 Manama (UNA-OIC) – Bahrain’s Deputy Prime Minister Shaikh Khalid bin Abdullah Al Khalifa has emphasized his country’s keenness to build on the strategic partnership with the Republic of Korea to bring further prosperity to the two friendly countries and peoples.

Receiving Korean Ambassador in Manama Hae-Kwan Chung, Shaikh Khalid noted the existing cooperation between Bahrain’s ministries and public institutions and companies and Korean companies interested in having a presence in the Kingdom to implement various projects in the infrastructure, health, technology, and other sectors.

During the meeting, which addressed topics and matters of shared interest, Ambassador Chung has stressed the Republic of Korea’s keenness on expanding its partnerships with Bahrain.