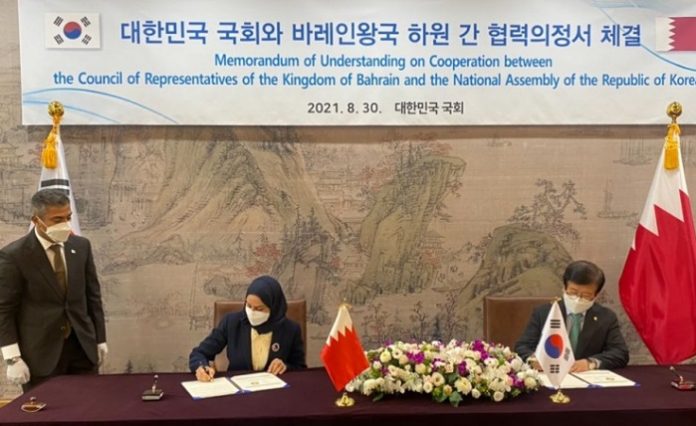 The MoU is the culmination of the long-standing friendship between the two countries and their peoples, as well as the Bahraini-Korean keenness to give a new impetus to the development of bilateral relations to deepen parliamentary cooperation and use parliamentary contacts as effective tools for strengthening ties.

The two sides agreed to contribute to deepening coordination and parliamentary cooperation in line with the steady rapprochement between the two countries, which consolidates working together to promote common goals in sustainable development, innovation and the exchange of parliamentary and diplomatic expertise.

They also emphasized the significance of further endeavors to enhance cooperation and parliamentary visits and activities between the two countries, in addition to holding bilateral meetings on the sidelines of regional and international parliamentary forums.

The visit by the Bahraini parliamentary delegation to Seoul further included bilateral consultations, coordination and exchange of views on various issues of common interest.