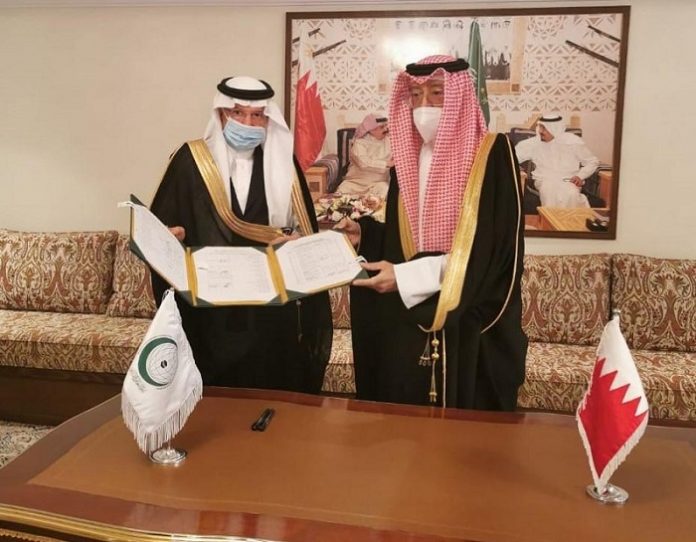 During the meeting, held at the OIC headquarters in Jeddah, the Bahraini diplomat signed on behalf of his country the Statute of the Women Development Organization (WDO), a specialized organ of the OIC.

The two sides reviewed areas of cooperation between the OIC and the Kingdom of Bahrain and ways to enhance them. The Secretary-General appreciated Bahrain’s pioneering role within the Organization and in the joint Islamic action.

The WDO was established by virtue of a resolution adopted by the OIC Council of Foreign Ministers in 2009 as an international specialized organization based in Cairo. The WDO Statute, which was adopted in 2010, entered into force on 30 July 2020, allowing the Organization to start its functions.